Speak Out Against Bullying 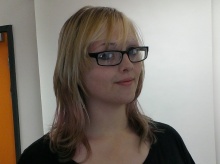 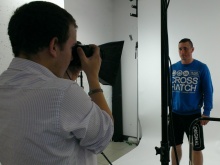 At the photoshoot for the Fixers poster 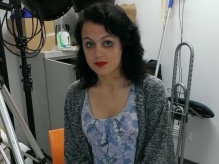 A model prepares to be photographed for the poster

Knowing how it feels to be called names and pushed around, Eloise Sears wants young people to join her in taking a stand against bullying.

The 18-year-old and her team from Hastings in East Sussex believe that everyone has a responsibility to act if they see others being targeted.

‘I want to encourage people to say something when they see someone being bullied.

‘People may be aware that it's happening but fail to take action. It can be anything from a sly comment, a text or a Facebook message to a shove in the playground.

‘I feel very strongly about this project because I’ve experienced emotional abuse, things like name-calling and put-downs, which turned into physical bullying.

‘People knew but they didn’t know what to do to help.’

With Fixers, Eloise has created a poster campaign instructing others to speak out if they see someone experiencing abuse.

It asks ‘Who has the power to stop bullying?’ and features a mirrored panel. The idea is that anyone looking at the poster will see their reflection and accept that they have a role to play in helping to tackle the problem.

Polaroid-style photos of young people, designed to represent those being targeted by bullies, also appear on the poster to emphasise its message.

Click on the image below to enlarge the poster design. 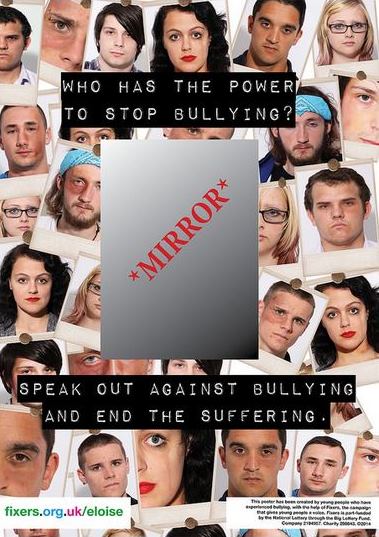 ‘I want people to realise that they can help someone who’s being bullied.’

Eloise plans to display her poster in a local college and is hoping for a good response from students.

‘It would be great if I could spread the word about this,’ she adds.

‘I want to help prevent others from going through what I went through.’