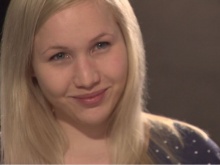 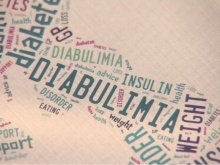 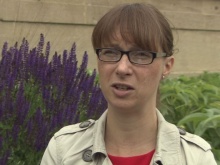 After a little-known eating disorder nearly cost Lucy Travers her life, she’s stepping up her campaign to improve treatment for others.

Her story was broadcast on ITV News Anglia on Thursday 3rd July.

The 24-year-old Fixer from Norwich was 16 when she first began battling diabulimia – a condition where people with type 1 diabetes skip insulin injections in order to lose weight.

‘I was constantly labelled anorexic, bulimic or a non-compliant diabetic. None of which are true,’ she says.

‘I felt like my treatment was either dealing with my diabetes or my eating disorder.

‘There was never any for both problems together.’

With Fixers, and 22-year-old Alice Flower, Lucy has created an information booklet.

It’s aimed at eating disorder specialists, diabetes experts and GPs, encouraging communication between the three groups in order to improve the quality of care received by patients.

Click here for more about Lucy’s campaign and to read her booklet ‘Diabetes and Eating Disorders’.

In the broadcast piece Lucy shows this resource to others who have faced diabulimia. They offer positive feedback and share their experiences.

Vicki Gibbs comments: ‘They didn’t really know who to refer me to, whether it should be a diabetes clinic or one for eating disorders.

‘I definitely think it’s something health professionals need to be more aware of.’

‘Diabulimia is not actually a recognised medical condition – that can cause serious problems for someone trying to get help,’ Leanne says.

‘People either tend to treat the diabetes or the eating disorder, when actually it’s a combination of the two.’

Lucy adds: ‘I hope the booklet brings the medical professions together and helps raise awareness of the illness.

‘If it positively affects treatment then it will have done its job.’

For more information about the eating disorders experienced by people with type 1 diabetes, visit the Diabetics With Eating Disorders (DWED) website.