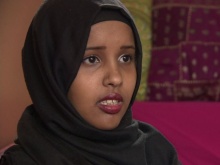 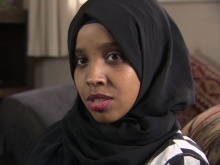 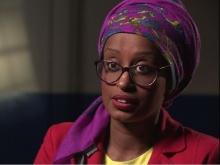 By encouraging people to speak openly about female genital mutilation (FGM) Anam Ali and Deeqa Ahmed hope to play a part in ending the practice.

Their story was shown on ITV News Central on Thursday 3rd July.

The Birmingham duo, who have Somali roots, are raising awareness of FGM - an accepted procedure in 40 countries throughout Africa, the Middle East and Asia.

It involves intentionally altering or causing injury to the female genital organs for non-medical reasons.

As well as having a potentially serious effect on a woman’s health, it’s a process that’s illegal in the UK.

‘Communities still think it’s the right thing to do because it’s part of their traditions and values,’ explains 21-year-old Anam.

‘I don’t think they look at the health consequences or implications that come with the practice because they genuinely believe they’re doing the right thing.’

Deeqa (22) adds: ‘Some women believe it’s a rite of passage - so a girl moving from child to adulthood.

‘They also think it purifies them and is a form of cleansing – it’s important to emphasise that none of these elements are true.’

With Fixers, Anam and Deeqa are producing a film to raise awareness of the procedure.

They hope it will also encourage people who think they know someone at risk of FGM to speak up and report their concerns.

Watch their Fixers film 'Unstitch - Raising Awareness of FGM' below.

‘The film is aimed at school-age girls to create a dialogue between teachers and students, and kids and their parents,’ says Deeqa.

‘The same way that we tackle sexual health issues or domestic violence, FGM should be seen as a topic we can openly talk about.’

Anti-FGM campaigner Leyla Hussein appears in the broadcast in support of Anam and Deeqa’s Fix.

‘This project is very important, especially as it’s led by young women.  They are the future parents that will prevent this from happening to their own children.’

Anam adds: ‘I’m quite hopeful that things are going to change.

‘I can definitely see that coming.’