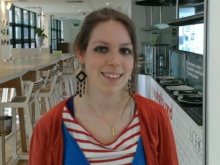 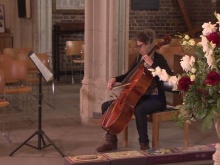 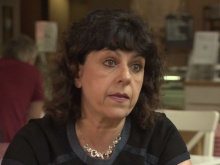 Worried that some people with eating disorders are refused treatment because they aren’t considered thin enough, Kat Pugh wants fewer patients to have to reach a crisis point before they can get help.

Her story was broadcast on ITV News London on Thursday 3rd July.

The 24-year-old Fixer from Putney developed an eating disorder at the age of 11 and relapsed in her 20s, saying she’s struggled to get the support she needs.

‘After ten months I finally received an assessment, only to be told that I wasn’t ill enough even for outpatient treatment,' Kat explains.

‘I found the response incredibly triggering.

‘What was I going to do?  Lose weight of course.’

With Fixers, she’s produced a film to raise awareness of the importance of early intervention.

She wants to show it to health professionals, ministers and MPs, so they can see how damaging it can be for someone battling an eating disorder to be told they aren’t sick enough to require care.

Cheryl Armitage, Director of Fundraising and Communications at B-eat, appears in Kat's TV piece in support of her campaign.

‘Forty per cent of people who suffer from eating disorders have been told by their GP that their BMI is not low enough for them to have treatment,’ Cheryl explains.

‘Many people will then starve themselves or restrict their intake so their weight becomes low enough to be treated.

‘To be told to go away because they’re not ill enough could lead to more deaths.’

Kat, who uses music as a coping mechanism, was offered an eight-week government-funded therapy programme, but feels this isn’t enough.

The NHS has responded to the concerns raised by her Fixers project.

Dr Jacqueline Cornish, National Clinical Director, Children, Young People and Transition to Adulthood, said: ‘It is important that young people are able to speak out and ask for help when they think they need it, to feedback to services about their care and help develop the services they receive.

‘NHS England is encouraging commissioners and service providers to talk to young people and their families and carers to help shape services for the future.’

Kat adds: ‘For me, early intervention is a no-brainer.

‘What I’d like to see is a medium-term treatment option, perhaps short-term in-patient support.

‘I feel that the ultimate win will be if more people are able to recover from their eating disorder.’

If you are seeking help or support for an eating disorder, visit www.b-eat.co.uk.