Love The Way You Look 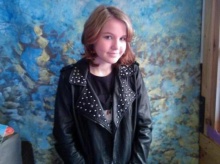 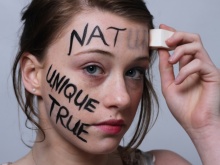 An image taken at the Fixers photoshoot 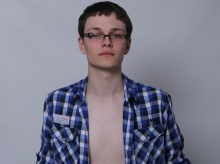 Modelling for the Fixers posters

Fighting back against the pressure young people feel to look perfect, Carys Hill and her team from Dudley want others to be confident in their own skin.

The West Midlands Fixers are launching a campaign to promote positive attitudes towards body image.

‘We don’t want young people to be too influenced by the media,’ explains 16-year-old Carys.

‘No one looks the way they do in magazines – not even those in them!

‘We hope to help others our age feel better about themselves.’

With Fixers, the group have created a poster campaign to try to prevent young people from being self-conscious about the way they look.

One shows a young man who has painted on a six-pack in a bid to look muscly.

The accompanying headline suggests, in jest, that he can’t be attractive without it.

On the other, a young woman is seen with words including ‘natural’ and ‘true’ etched on her face, before she covers them with make-up.

The posters use humour to reject unhealthy perceptions of body image, displaying headlines including '10 tips on how to let the media make you feel insecure’ and ‘Why be unique when you can look like everyone else?’

'I have a lot of friends who have all had issues with their appearance,' Carys says.

‘It’s not fun and people shouldn’t feel like that.’

The Fixers are aiming their campaign at teenagers as they feel they are the age group most influenced by the media.

‘We’re going to put the posters up in secondary schools and colleges,’ adds Carys.

‘We hope to get across the message that everyone is beautiful.’

Carys' project was supported by the Wellcome Trust.