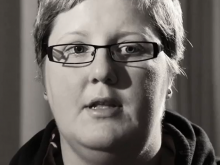 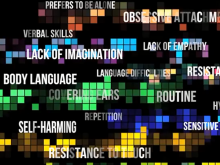 Clip from film showing the different sides of autism 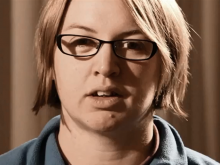 A young person featured in the film

Kirsty Trimming is helping people appreciate the multi-layered nature of autism to end misunderstandings about the condition.

The 26-year-old from Blyth, who was diagnosed at the age 15, thinks greater awareness will encourage others to see the person and not the illness.

‘Having autism can be a daily battle,’ explains Kirsty.

‘The biggest challenge for me is interacting with people I don’t know and misinterpreting things they say, which can often lead to confusion.

‘However, it affects people in different ways so everyone should be treated as an individual without being judged.

‘We want others to know we’re not incapable - we just see things in a different way to most people.’

For her Fixers campaign, Kirsty and her team have helped create a film showing some of the challenges young people with autism encounter on a daily basis.

It uses colours of the rainbow as a visual metaphor to represent different shades of the autistic spectrum.

Watch 'Autism Awareness' at the top of this page.

‘We all love the film because it’s a very personal account of how autism can affect people,’ says Kirsty.

‘It’s a real shame that many people just don’t get us, but hopefully the film will help others approach those who have the condition with a more open mind.’

She adds: ‘It’s crucial that we get this message out to as many individuals as possible.

‘Autistic people go about their daily lives like anyone else, but it really hurts when we’re dismissed by others who think we’re strange.

‘All we want is a chance to show them our perspective and, with a bit of luck, our campaign will do the job.’