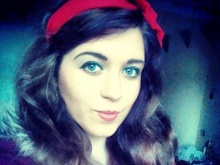 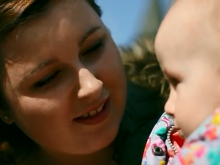 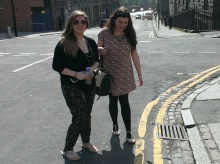 Concerned that some of her friends are unfairly stigmatised for having children at an early age, Catherine Law wants more young mothers to get the respect they deserve.

The 21-year-old from Dundee is determined to quash negative stereotypes by showing that having a child at a young age doesn’t automatically make you a bad parent.

‘I hear the comments my friends get when they’re out with their children and it’s disgraceful,’ explains Catherine.

‘They get treated as if they’re unfit to have a child, which no mother should ever feel. But if these people saw how dedicated and hard-working some young parents are, they probably wouldn’t think like that.’

With Fixers, Catherine has helped create a short film, which sets out to show young mothers in a more positive light.

It depicts a typical day in the life of a parent, showing the range of responsibilities that many have in addition to caring for their child.

Watch #RespectYoungMums at the top of this page.

‘I wanted to show that young mothers have the same aspirations as anyone else and so shouldn’t be marginalised like a lot of them are.

‘Hopefully it will make the public more aware of the issue and will encourage them not to jump to conclusions.’

In addition to sharing the film on social media, Catherine is planning to provide schools with the resource.

She says: ‘I want people to see that looking after a child can be one of the hardest jobs in the world and deserves respect like any other profession.

‘It certainly doesn’t give anyone the right to judge you.

‘Hopefully I’ll be lucky enough to have kids of my own one day, so it's nice to think that I can live my life without being stereotyped or discriminated against.’

Fixer Yvonne Omini is using her experiences of being a young, single mother to motivate other parents to pursue their dreams. Watch her film here.