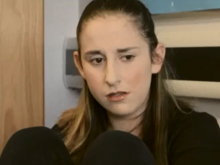 Rhian acting in the film 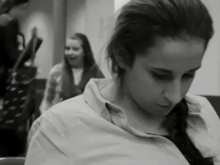 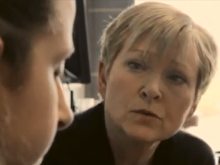 Actress playing part of a counsellor

Rhian East is using her experience with self-harm to show others that talking about your emotions and issues can be a step toward recovery.

The 17-year-old from Liverpool says she self-harmed to cope with being bullied growing up.

Having seen others go through similar ordeals, she’s sharing her story so more find the courage to speak out and get the help they need.

‘I was physically beaten and called names,’ explains Rhian. ‘I felt on my own and started questioning whether there was something wrong with me.

‘I began self-harming when I was 13 to counter the emotional pain I was going through. It momentarily took my mind off what I was feeling inside.

‘I've since stopped thanks to the support of my friends and family, but know there are others with similar stories to tell. It's my mission to give those people a voice and let them know they’re not alone.’

For her Fixers campaign, Rhian has helped create a powerful film, which encourages young people who self-harm to open up about their problems.

In the dramatic piece, she plays the part of a young person speaking to a counsellor about her feelings and thoughts.

Watch ‘Razor’s Kiss’ at the top of this page.

‘Many self-help films like this are often unengaging for young people, so the most important thing for me was to make something convincing,' she explains.

‘It was difficult going through those old emotions, but it made the acting easier because I could put myself in that place again.

‘I just hope it resonates with people in a good way.’

Hoping the campaign is noticed by others her age, teachers and parents, the Fixer is sharing her film in local schools.

She explains: ‘I’m not expecting pupils to stand up and say “I self-harm” after they’ve seen the film.

‘But the idea is they’ll take something away with them and get the help they need. These are vulnerable people and they need our support.’

Fixer Tammy is dispelling myths about self-harm.
Click here to see what some common misconceptions are.