A Boost For Berkeley 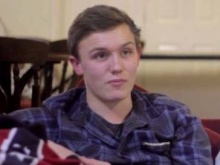 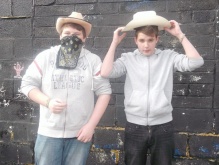 The Fixers film is a spoof Western 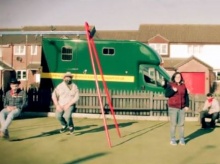 The Fixers feature in their film

Frustrated that there isn’t more to do in their home town in Gloucestershire, James Litten and his team want better facilities for young people in Berkeley.

They’re concerned that boredom may cause their peers to drink or take drugs, and would like a wider variety of social activities offered to their age group to prevent this from happening.

‘I’ve lived in Berkeley all my life.  When I was younger it was fine, but now there is less to do,’ explains 16-year-old James.

‘We want to show that there is nowhere safe for us to go.’

With Fixers, the group have created a film to highlight what they describe as a lack of opportunities for young people where they live.

In the style of a Western, the video appeals to local authorities to offer better provision for young people.

The Fixers feature in the film, explaining how they think the situation could be improved.

An outdoor gym, like the one in neighbouring Cam, is among their suggestions.

‘I hope it will prove to people that there is nothing for young people in and around Berkeley, and that some may turn to drugs and alcohol as a result.’

Watch ‘The Good, The Bad and The Berkeley’ at the top of this page.

The team are planning to show the film to local councillors at a launch event in June.

James adds: ‘Hopefully it will be seen by some influential people in Berkeley.

‘It would be great if they could watch the film, see the effort everyone has put in, and then decide that there does need to be a change here.’

Jayden and his team from Taunton were bothered by the lack of facilities
for young people where they live. See how they tackled the problem.