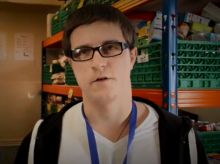 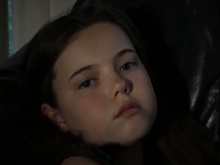 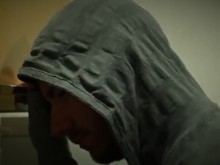 Knowing what it’s like not to have enough money for a meal, Dale Lassey wants people to spare a thought for the less fortunate.

The 22-year-old from Leeds relied on foodbanks to survive after leaving the care system at the age of 18.

He's now sharing his story to highlight the issue of food poverty.

‘The moment I realised I had no money to buy food was really scary,’ explains Dale.

‘I didn’t know what to do; it’s totally soul-destroying knowing you have nothing to live off and I wondered how it ever got so bad.

‘Despite feeling ashamed, I decided to visit a local foodbank where I realised there were others in the same position as me.

‘My campaign is about encouraging young people to think about those who are suffering in silence.’

Dale has helped create a film with Fixers to highlight the importance of this lifeline, and hopes it will encourage people to make foodbank donations in their community.

Watch 'Food Poverty' at the top of this page.

Speaking about the film, Dale says: ‘It’s incredibly hard-hitting and emotional, which was the idea.

‘It was difficult reliving those old memories and the pain I went through.

‘But it’s a tiny sacrifice, which will help other people who are in a similar position as I was in.’

Dale, who now volunteers at the Leeds South Foodbank, intends to share his film with social services and support organisations such as Connexions.

He also hopes his campaign will help the public better understand the growing problem of people struggling to afford to eat.

‘I never thought I’d be on the other side, helping those who are going through what I did,’ Dale says.

‘Food poverty can be stopped. Nobody should go hungry.’

how they can make meals on the budget.