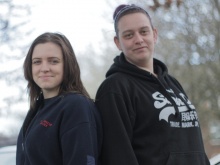 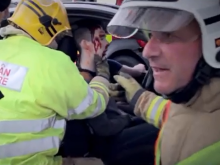 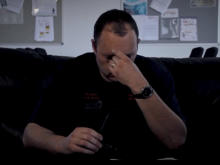 Two road safety campaigners from Wrexham hope to put the brakes on careless drivers by showing what can happen following a serious car crash.

Laura Kendrick (21) and Jasmyn Humphreys (19) think many teenagers fail to recognise the dangers of getting behind the wheel and don’t fully appreciate the work emergency services do in the aftermath of collisions.

‘Driving a car can be highly dangerous, but it's not something teenagers often think about,’ explains Laura.

‘If the worst were to happen, it’s not just the people in the vehicle who are affected.

‘We wanted to show the courage that firefighters show in doing a job which requires them to save lives.

‘Our message is simple: save yourself.’

For their Fixers campaign, the team helped create a dramatic film depicting a rescue operation following a car crash.

The shocking reconstruction shows passengers being cut from a vehicle and warns young people about the consequences of driving irresponsibly.

Watch their film 'Help To Save Yourself' at the top of this page.

‘We tried to focus on the point of view of a firefighter and how important their job is,' explains Laura.

‘I must admit, when I first watched it, I was shocked, which is the intention of a film like this.

‘Just being involved in this project has been a privilege and I really hope it makes a difference.’

The duo are taking their film into schools to educate students on how to stay safe on the road.

They hope by showing young people the devastating consequences of being reckless behind the wheel, they will be more aware in the future.

Laura adds: ‘The earlier we show youngsters the potential dangers of driving, then the better they’ll be prepared for later life.

‘It’s about saving lives at the end of the day.’

Read more about the making of the film and find out what the Fire & Rescue Service has to say about Laura and Jasmyn's campaign.