School is Good Fix on ITV 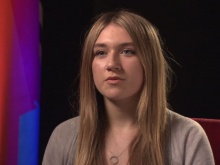 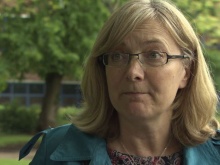 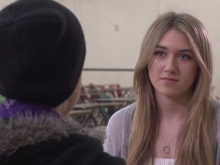 Sixteen-year-old Ellie James from Swindon wants students to realise the opportunities afforded to them while in education, and to not fall victim to negative peer pressure.

Currently studying for her GCSEs and thinking ahead to her A levels, Ellie fears some students may be led astray from learning, only to regret it when they are older.

‘I know young people can be side-tracked by other influences which have a huge impact.

‘In my sociology studies we looked at different things that can have an effect and one big factor is peer pressure.'

Speaking about her motivation to carry out the campaign, Ellie says:

‘One thing that inspired me to do this Fix was a member of my family who became a teenage parent and found it really difficult to get back into education.

‘It’s been hard for her to juggle motherhood with studying and having the money to pay for courses.’

In the broadcast, Ellie discusses her campaign with an anonymous student who experienced the impact of not finishing her studies.

‘When I was 16, I got kicked out of college because I got in with the wrong crowd and started smoking a lot of weed,’ the teenager explains.

‘I didn’t get to complete my A Levels which I really wanted to do.

‘I’d like to go back to college now but I have to pay for it and I feel like I’ve missed out. Everyone else is getting on with their own lives and I’m still stuck doing nothing.’

Sally Burnett from the Swindon Borough Council appears in the piece to expand on the benefits of staying in school.

‘That’s a great opportunity to get as many skills as they can. They have a great chance of being able to go on in the future to a higher level pay and a lifestyle that young people tell us they would like.’

‘I really want young people to think about the now and really have the confidence in themselves that they can achieve.’

students to see education as an opportunity.