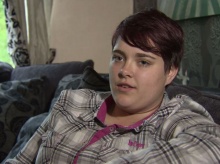 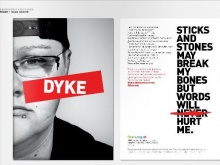 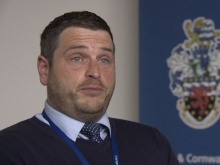 Cassie Guy from Cornwall is urging others to take a stand against homophobic bullying after she felt her school life suffered as a result of anti-LGBT abuse.

The 18-year-old from Bodmin and her team want to tackle homophobia, and help people understand how harmful name-calling can be.

‘I knew from a young age that I was attracted to girls,’ explains Cassie.

‘The feeling of not wanting to be different held me back from telling people. I’d go out with guys knowing that it wasn’t who I was – I was hiding myself from people.

‘In school, I was verbally abused day in and day out.

‘People don’t know. They think that they’re just words but it does more damage than actions really. It’s the emotional impact that it has on a person.’

With Fixers, Cassie has helped produce a series of interactive postcards to depict the lasting damage homophobic bullying can cause.

‘The postcards have got offensive words on them,’ she explains.

‘When you peel the words off, you’re left with red scars – this represents how the abuse makes us feel.’

You can view their Fixers' postcards by clicking on the image below. 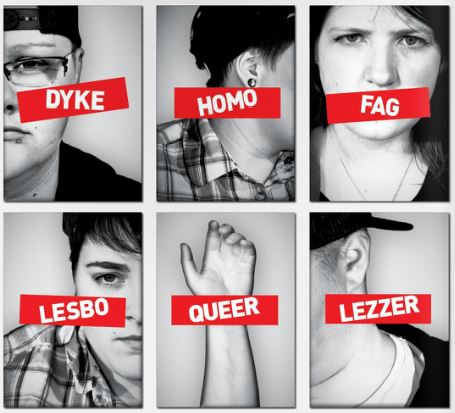 In the broadcast, Cassie speaks to Toby Best of the Devon and Cornwall Police about her campaign.

‘Homophobic crimes throughout Devon and Cornwall have increased this year and we take that very seriously,' he states.

‘Hate crime, particularly homophobia, can be really destructive to somebody’s life, particularly if they’re a young person, and it can ultimately lead to suicide.’

The broadcast also features Budehaven Community School, where a number of students created wristbands to show their acceptance of LGBT students.

One student comments: ‘We need to create a really accepting and comfortable atmosphere, and I think having this wrist band that students can wear creates that.

‘If anyone does wish to come out then they’re able to do so and they know it won’t be followed by ridicule or judgement.’

Cassie adds:  ‘I just hope even more schools will take on ways to make their students feel accepted and tackle the homophobic bullying that can be underneath the surface.’

See how Fixers Sarah and Schuylar are turning the tables on homophobic bullying with their hard-hitting poster campaign.