Being Clear on Asperger’s 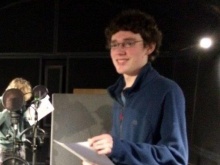 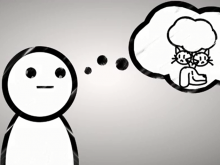 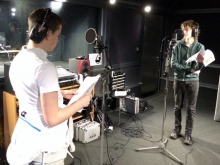 A group from Stirling is educating the public about effective ways to communicate with those who have Asperger’s syndrome.

Alec Scobbie (16) and his team members all have the condition, which sometimes causes them to take figures of speech literally and misread sarcasm.

To prevent confusion and encourage clearer dialogue, they want people to consider the words they use when speaking to those with Asperger’s.

‘For example if a person says “it’s raining cats and dogs”, someone with Asperger’s might be left wondering what you’re talking about.

‘It can be frustrating, but hopefully raising awareness will make things easier for everyone.’

With the help of Fixers, Alec and his team have created a short film showing how people with Asperger’s interpret metaphors and expressions differently to those without the condition.

Watch the group's film 'Asperger's syndrome - Metaphors' at the top of this page.

‘This is a really important issue for us,’ says Alec.

‘We wanted the film to be tongue in cheek but at the same time make a serious point about some of the challenges we face, particularly when talking to other people.

‘It’s great to see that we’ve used our experiences in a creative way to make a positive change.'

The group, who are all members of PLUS, an organisation which helps young people with learning difficulties, want to share their film on social media.

Alec adds: ‘The more we raise awareness about what Asperger’s is, the easier it will be for others to understand the way we think.

‘We don’t often get a chance to explain why we behave in a certain way or why we do some of the things we do.

‘But hopefully our campaign will encourage people to be a bit more understanding of our situation.’

See how Fixer Angus Hepburn and his team are seeking

to end misunderstandings about Asperger's.