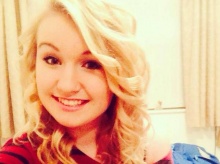 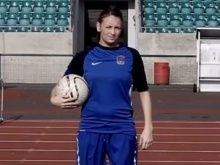 The film shows people that sport is for everyone 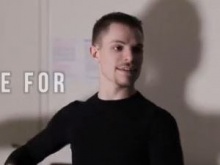 A scene showing a male dancer

Led by Hannah Murray, a group of Fixers from South Wales want to tackle gender stereotyping in sport so young people aren’t put off choosing a hobby they might go on to enjoy.

The 19-year-old and her team are concerned that assumptions about activities being gender-specific may prevent boys from trying dance and girls from playing games such as football.

They feel young people should be able to pick a pastime based on their own preference, without worrying about what others might think.

‘Even if gender stereotypes in general are starting to decrease, they still exist in sport,’ says Hannah, who’s from Talbot Green.

‘Some children may feel pressured to not carry on with a certain activity in fear of being judged or even bullied.

‘It can limit people’s options.'

The Fixers are all keen sportsmen and women themselves and want to promote the benefits of taking up an activity you enjoy.

‘I am a member of a ballet dance school,’ explains Hannah.

‘There are hundreds of girls but there appears to only be two boys.

‘This could be the result of gender stereotype in dance.’

With Fixers, the group have created a short film to challenge people’s assumptions of certain sports.

It shows a man and a woman defying traditional gender roles.

Watch the Fixers film 'Who are you to stop me?' at the top of this page.

Hannah adds: ‘I hope that children see the film.

‘It might change their minds when they are deciding which sport to do as they could realise that there shouldn’t be stereotypes.

‘It might also make others think twice before judging people who go against what is seen to be tradition.

‘I want the next generation to try to be more equal when it comes to sport and not to discriminate.’

Hannah is not the only Fixer battling to break down sporting stereotypes.
See how Paula Bines is changing perceptions of pole dancing.