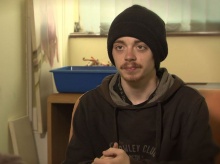 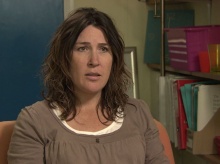 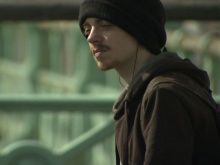 Fixer Josh Scott from Brighton feels the over sexualisation of society can have a negative impact on young people still unsure about their sexual identity.

The 18-year-old, who is asexual, is encouraging young people to not feel pressured into having sex before they feel ready.

‘I think I started knowing I was different when I was in school,’ explains Josh.

‘The society we live in is becoming hyper-sexualised and it worries me because I feel that everybody should be allowed to explore their identity before they go that far.

‘I want to tell people about asexuality and let young people know it’s up to them if and when they have a sexual relationship.’

‘I think there is less pressure to put people in boxes so there’s a wider spectrum of sexual orientations that are better understood.

‘But I do still think there is a lot of prejudice and discrimination that people face when their sexual identity is in a minority group and outside what other people consider to be the norm.’

You can watch Josh's Fixers film above.

Members of the public also feature in the film to state how they believe aspects like the media and pop stars contribute to the hyper-sexualisation of society.

Josh hopes to encourage people to not feel pressured and know more about asexuality with a zine, a self-published publication that he is creating with Fixers to be distributed in schools and colleges and advice centres.

‘The message is “What is asexuality and how does it feel to be asexual?”

‘Relationships aren’t just about sex. I probably will find someone, I might not.

‘There is nothing wrong with society being interested in sex - it’s just the amount of it that is overwhelming.

For more information and help with this issue, visit www.sussexcommunity.nhs.uk,