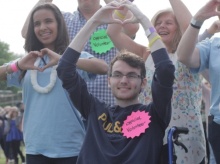 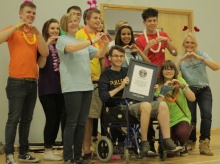 It's official! Record breakers with their certificate 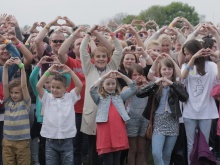 Just 12 days ago he gave what he expected to be his ‘final thumbs up’ - but on Sunday 4th May, Fixer Stephen Sutton surprised hundreds of his supporters by arriving in time to help them set a new world record in his name.

Stephen, who has incurable cancer, had been working with Fixers and his friend Hannah Telles to organise the record attempt before he was rushed to hospital in April with a collapsed lung caused by his tumours.

Two days after being discharged, having made a ‘remarkable’ recovery, the 19-year-old joined a crowd making heart-shaped hand gestures, as they attempted to secure him a place in the Guinness World Records book.

‘I was sitting on my hospital bed last week and thought I want to be at the event,’ Stephen said.

‘I wanted to surprise people in a nice way.

‘I want to thank everyone who has supported me.

‘It’s really given me so much heart to keep going over these last few months.’

The successful record attempt enables the teen to tick another item off his bucket list. Entry number 34 was to ‘get my name into the Guinness World Records book somehow.’

At least five hundred people needed to get together and make the hand signal in order to set the record.

‘People turned up in quite large numbers and at a final count everybody who was involved managed to hold the hand gesture for 2 minutes as we required in the guidelines,’ he said.

‘It gave me great pleasure to announce that here, at this event, we had 554 people taking part, which is a brand new Guinness World Record.’

She wanted it to coincide with World Laughter Day, also on 4th May.

‘This has all been about inspiring people to laugh for no reason,’ she explains.

‘The idea of the heart-shaped hand gesture is to show Stephen’s love for life and his constant positivity in the face of hardship.

‘I know Stephen was proud of us today. It’s been absolutely amazing and the turnout was incredible.

‘I felt it was important to carry this on for him.’

Stephen added: ‘To see the hundreds of people that turned up is completely humbling.

‘None of us know how long we have on this earth so it’s about using every minute to make a difference.’

10th of May is Good Gestures Day!
Find out more about another upcoming event inspired by Stephen Sutton. 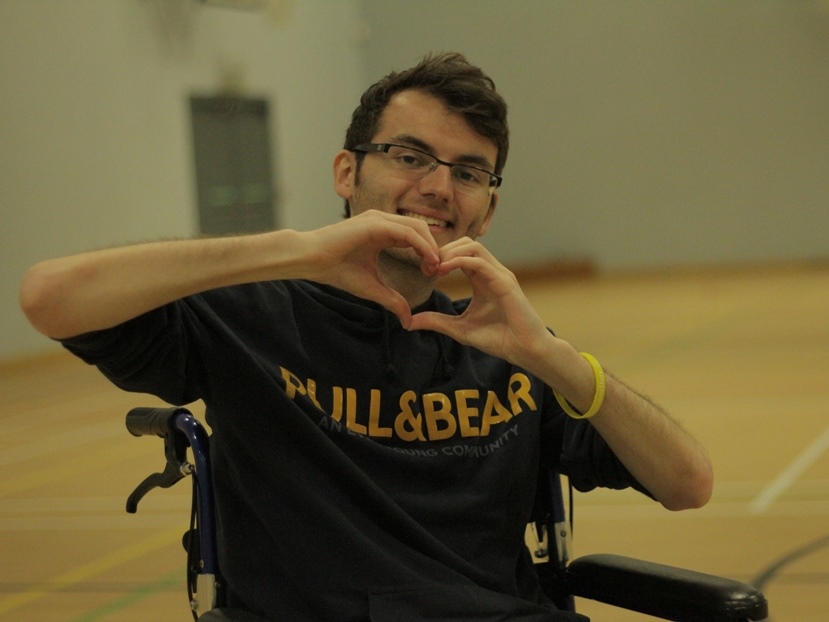 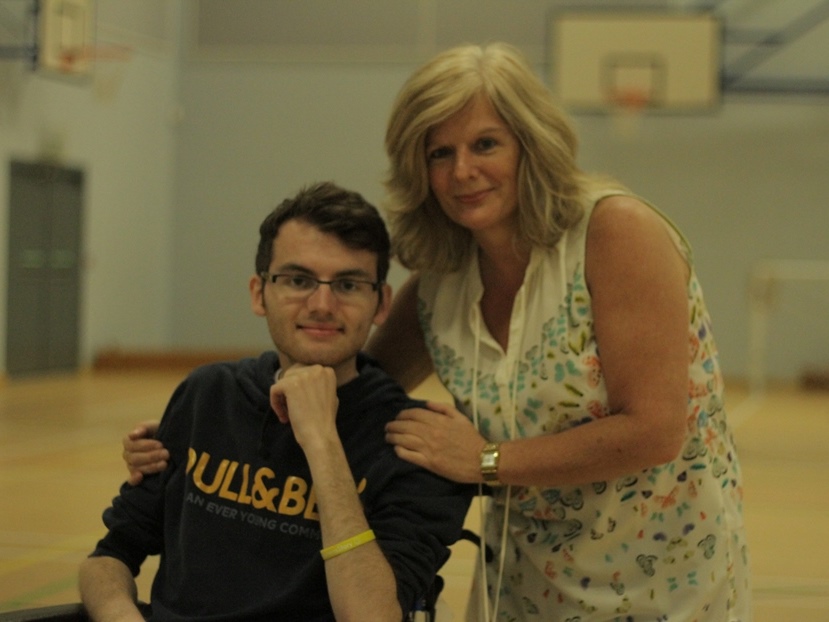 Stephen with his mum at the event 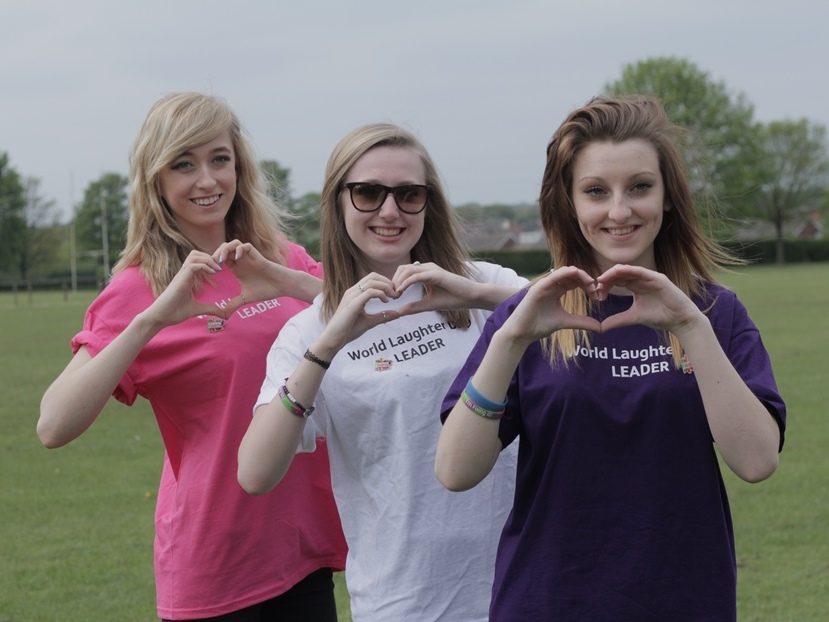 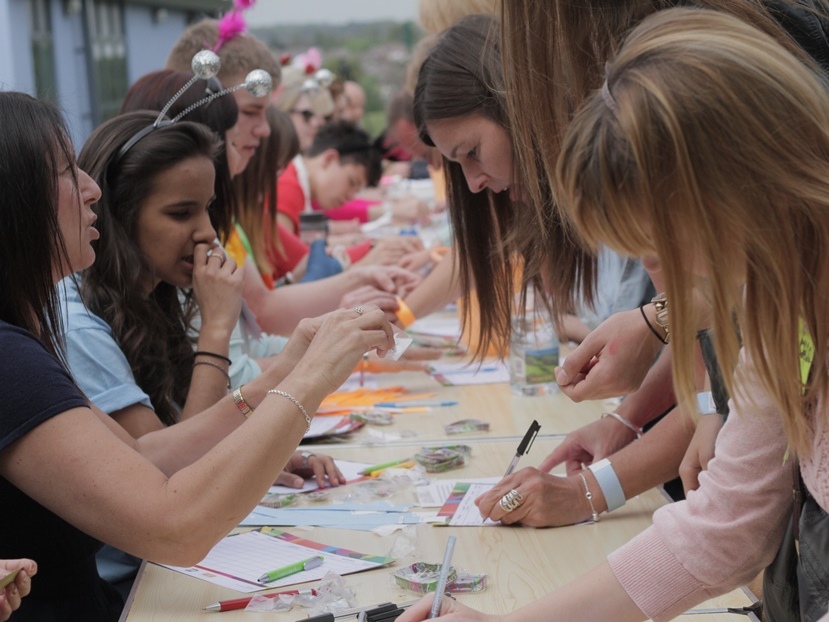 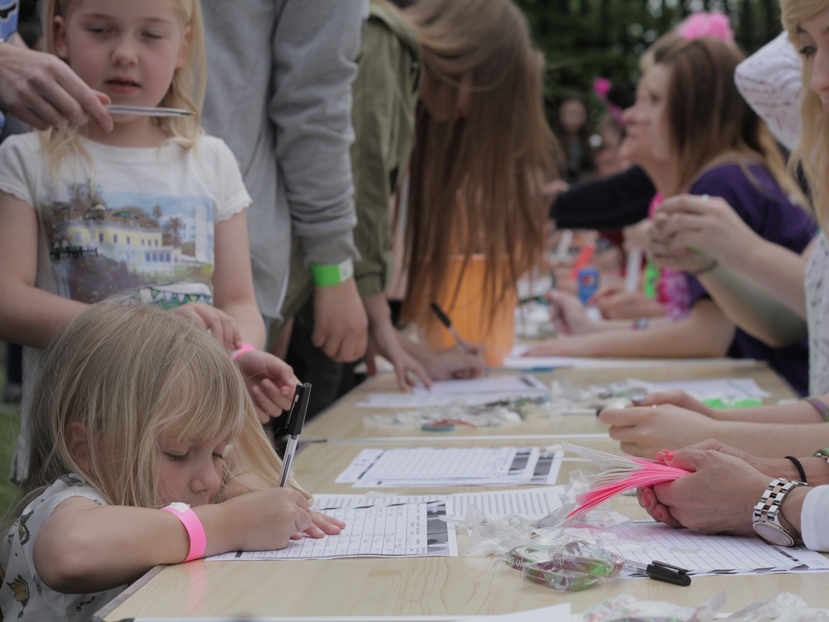 Participants of all ages were excited to get involved 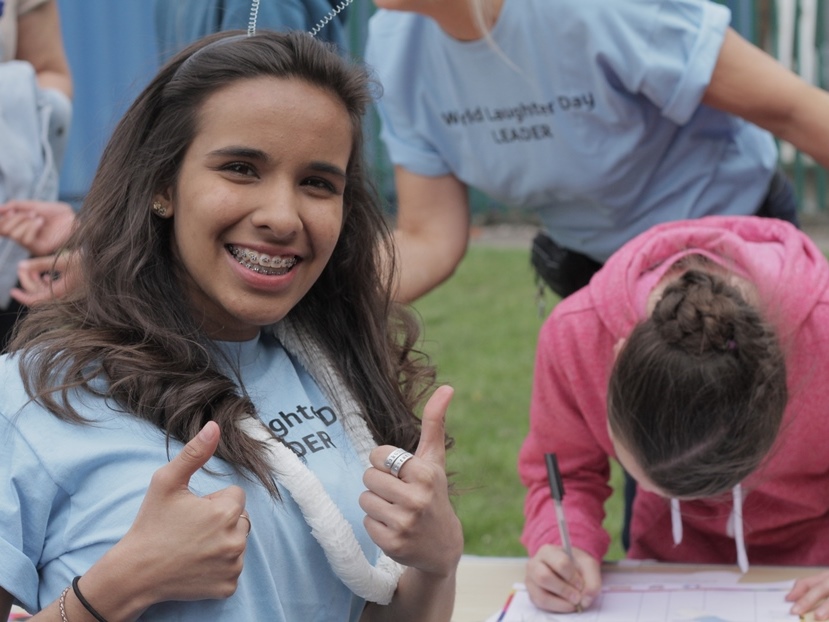 Fixer Hannah at the sign-in desk 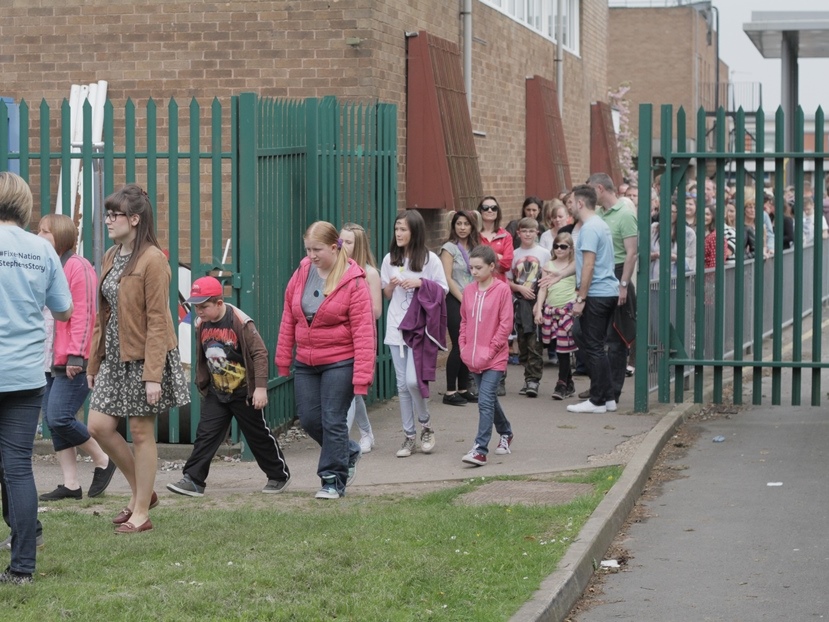 Queues form at the school gates 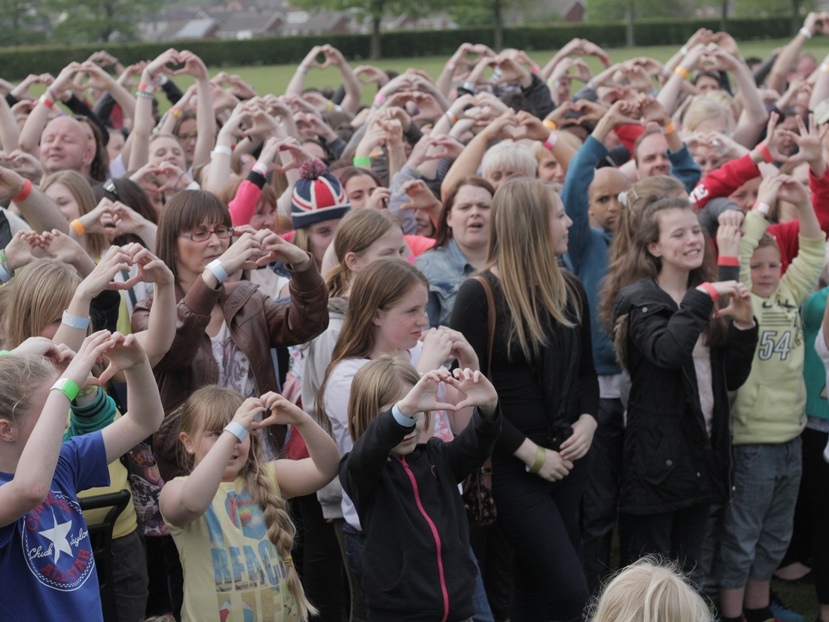 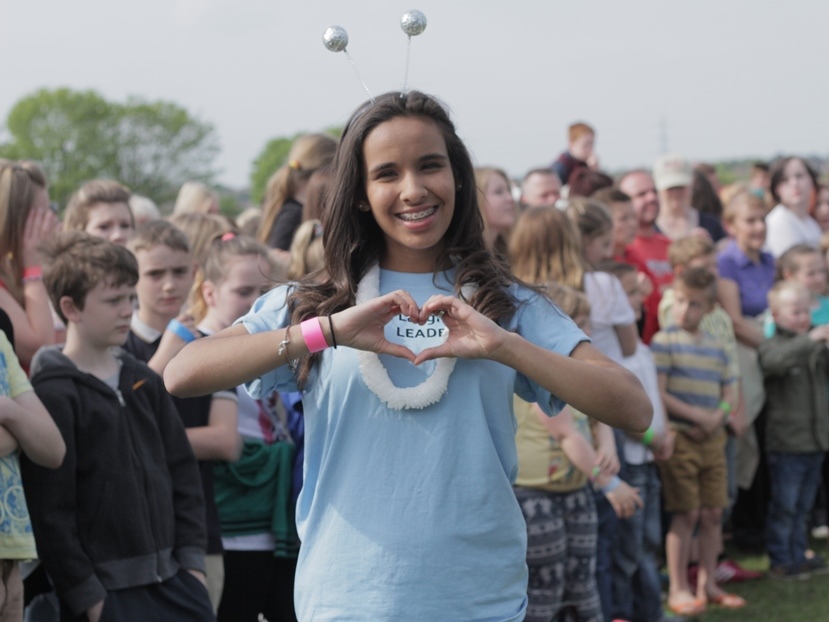 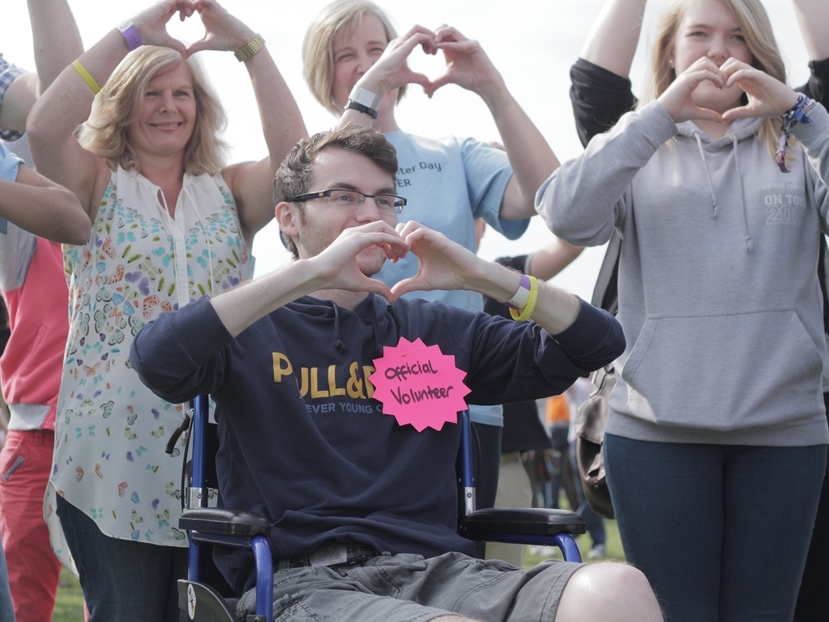 Stephen and his mum during the record attempt 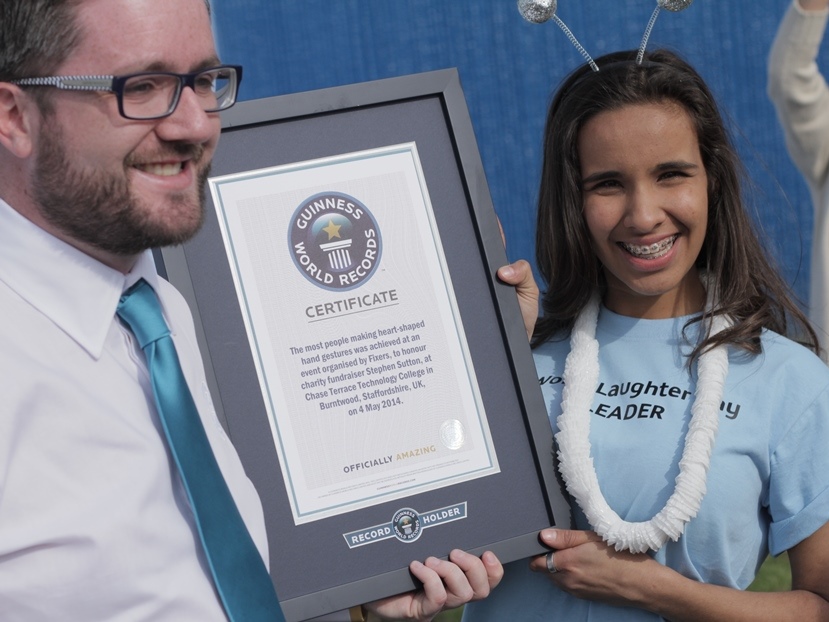 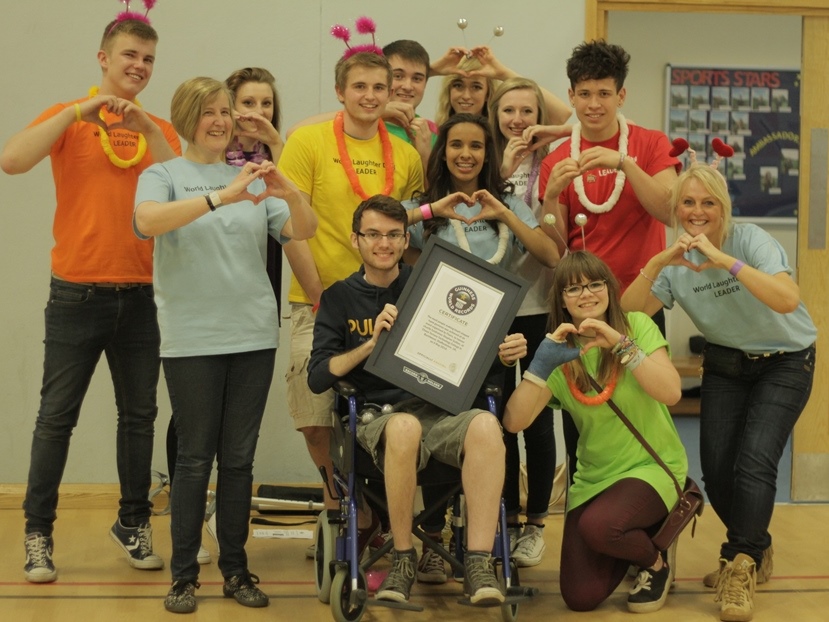