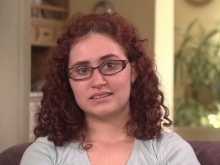 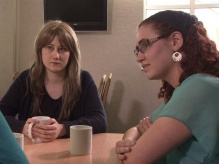 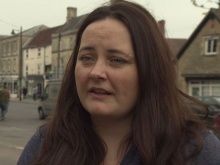 Wiltshire Fixer Emma Simonsen gets intense urges to pull out her own hair and is now campaigning to show others like her that they're not alone.

Her story was broadcast on ITV News West Country (E) on Monday 12th May.

The 17-year-old from Melksham has trichotillomania, also known as trich, which means she finds pulling out her hair a natural impulse – an act that has previously left her with bald patches.

She wants to raise awareness of the condition, which she feels many people don’t currently understand.

‘I was about twelve when I developed a fascination with my hair, especially split ends,’ explains Emma.

‘I hid it from my family for about a year and a half. I would style my hair very carefully and cover up any patches that I’d made.

‘When my mum realised what I was doing she made me go to the doctors, and the doctor had never heard of it.

‘I decided to research why I couldn’t stop pulling out my hair and I found out I have trichotillomania and that I'm not alone in this.’

According to the NHS trich can affect up to four in 100 people and is most common in girls.

Emma is working with Fixers, and a group of friends, to create a website to offer support and advice to other young people with the condition.

In the broadcast piece she meets others with trich for the first time.

The group help with her research by discussing their shared condition.

‘I try and explain it like I’m resisting the urge to blink,’ explains Becci Hurst.

‘Even though I haven’t pulled from my scalp for 110 days, I still pull from the wig.

‘I pull from my eyebrows and from my legs.’

Aileen McArthur from the Avon and Wiltshire NHS Trust also appears in the broadcast to support Emma’s campaign.

‘People don't often come in for treatment because they think they're the only one, or they think it’s weird,' she says.

‘But it's actually quite common.’

Emma adds: ‘I’m hoping that by doing this project – the next time I mention trich to someone they will have heard of it.

‘If there is someone out there in a similar situation they should understand that there are other people like them.’

For support and more information about the condition, visit the Trichotillomania Support website.

A Fixer from Belfast is also shedding light on a compulsive condition.
Mogue Lawless is raising awareness after being diagnosed with OCD.