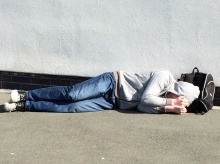 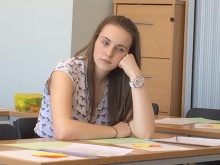 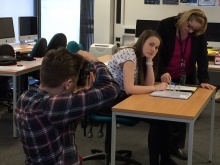 Behind the scenes during photoshoot

After experiencing what it’s like to be alone and without a permanent place to live, ‘Sara’ is urging others in similar situations to speak out and seek help.

The 18-year-old Merseyside Fixer, whose real name has not been used, says she became homeless after her mum moved away without her two years ago.

Scared and not knowing where to turn, she decided to tell her school and they were able to connect her with the right services.

‘Becoming homeless was something I never thought would happen to me,’ explains Sara, who is now living in supported accommodation.

‘Knowing there’s nobody there for you is the most awful feeling in the world.

‘The only thing I was thinking about was where to sleep that night and how I would live.

‘I’m showing it’s not just adults who can be homeless; it affects young people too and it’s alright to talk about it.’

With the help of Fixers, Sara has created a leaflet to support others her age who may be going through similar problems.

‘I wanted to make the leaflet a personal thing, so someone reading it will know, “Yes, bad things can happen in life, but it does get better”,' she says.

‘Talking about my past hasn’t been easy, but it is something that’s necessary to help others.’ 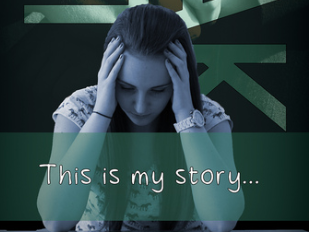 Click the image above to see the full version of Sara’s Fixers resource.

Sara is sending her Fixers leaflets to local youth centres, colleges and schools.

She hopes her story inspires other young people facing homelessness to understand they’re not alone.

‘My life has been a struggle but I never thought it would lead to this,' adds Sara.

‘If I hadn’t have got the right information, I don’t know where I’d be today.

‘Helping others is my mission now because I’ve been there and I know what it’s like to have nobody to lean on.’

See how Fixer Terry Braithwaite is offering support to

other young people living on the streets. Watch his television story.