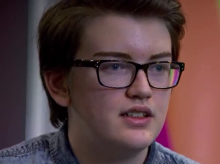 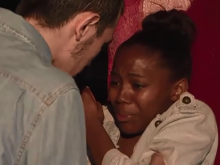 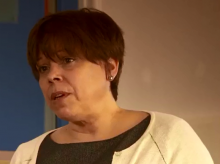 A group of North Yorkshire Fixers want domestic abuse in teenage relationships to be taken more seriously, instead of being brushed off or ignored.

Watch their story, which was broadcast on ITV News Tyne Tees in April 2014, above.

Sixteen-year-old Jack Thompson and his team from Redcar are concerned some young people may not recognise abuse or know how to deal with it.

‘It’s a very big issue, which isn’t discussed as openly as it should be,’ says Jack.

‘Most victims are frightened to come forward, so we want to help more teens find the courage to stand up and tell someone if it’s happening to them.’

Former domestic abuse victim “Sally”, whose real name has not been used, speaks in the broadcast about her past experiences in a violent relationship.

‘It’s every girl’s dream to find a Prince Charming, but it doesn’t always happen.

‘I was 15 and he was 21. There was a honeymoon period for six months and then that was it.

‘He started snapping and throwing stuff about. Then comes the shouting and the physical side of it.

With the help of Fixers, the team have produced a poster campaign showing the often unseen and concealed nature of domestic abuse.

Click here to find out more about the group's poster.

Julia Ray-Sinclair from the Foundation Abuse & Sexual Violence Service features in the film in support of the project and explains how abuse can go unnoticed among young people.

‘It can happen in relationships from 14 years old and possibly even younger,’ explained Julia. ‘It’s very difficult to get a true picture because many young people don’t report it.’

Lead Fixer Jack is optimistic the campaign will help others his age break free from domestic abuse.

‘I hope that we can raise enough awareness so people understand what’s right and what’s wrong. What to do and not to do.’

See how other Fixers are tackling the issue of
domestic abuse in teenage relationships.