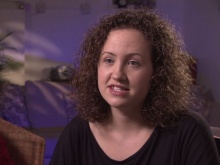 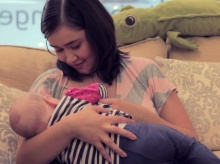 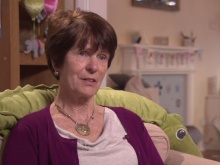 A London Fixer is encouraging young mums to consider breastfeeding, highlighting the many health benefits it can offer babies and mothers.

Mother Kim Wilmshurst (23) has breastfed her own child since birth and helps other mums under 25 with the practicalities of breastfeeding.

She hopes her Fixers campaign will help normalise the feeding method, so more young mothers will consider it as an option.

‘I know a lot about breastfeeding because of my work as a peer supporter,’ explains the Fixer from Harrow.

‘We know the benefits of it so it really surprises me that so many young women still turn to formula.

‘It can often be down to the fact that there is no adequate support for them and they’re more likely to be uncomfortable breastfeeding in public.’

Specialist health visitor Alison Spiro, a breastfeeding specialist for the NHS, appears in the broadcast piece to back Kim’s message. She adds:

‘Even when they become teenagers, they are still healthier if they were breastfed.

‘White British mums, especially young mums, are less likely to breastfeed, because as they’ve grown up they’ve seen bottle feeding around them.’

Expanding on her desire for breastfeeding in public to become more socially acceptable, Kim says:

‘I was on a bus one day and a Spanish lady commented on how wonderful it was seeing a baby being breastfed.

‘It’s sad that in this country it was a surprise to her, when obviously where she comes from it’s so normal.

‘I’d love it if that was the way that this country was.’

Want to find out more about young mum support groups?
Take a look at this Fix by Tidworth mums.