The Fix Heard Around the World 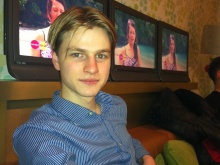 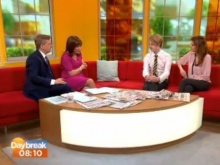 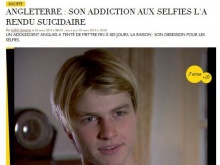 It’s been an exciting week for Newcastle Fixer Danny Bowman, whose campaign to raise awareness of body dysmorphic disorder is making headlines across the globe.

The 19-year-old, who was diagnosed with the condition a few years ago, has had his story featured on news websites worldwide, including far-flung nations like Indonesia, China, Lebanon and Pakistan.

Danny hopes his project and the recent international media coverage will encourage more support for others experiencing the mental health problem.

‘The worldwide attention my story has received has been overwhelming,’ he says.

‘It was something I never expected.  None of it would have been possible without Fixers.

‘They gave me the opportunity to speak out about body dysmorphic disorder.’

This week’s global coverage was triggered by a two-page spread in the Sunday Mirror.  The article addresses his past addiction to taking up to 200 selfies daily in an attempt to capture the perfect photo.

According to the NHS website, obsessive compulsive behaviour is often associated with body dysmorphic disorder.

It has been shared by Le Figaro and Grazia in France, Fox News, Time Magazine, New York Daily News in America, as well as numerous other news organisations worldwide.

Pleased with the international interest his story and campaign has received, Danny adds:  ‘It’s really important to me that mental health in general is discussed openly.  It’s about time that people started to do this.’

Watch his Fixers film 'Perfection is Impossible' below and share this story.