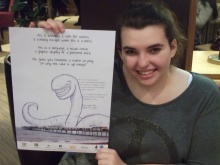 Fixer Katie with one of her posters 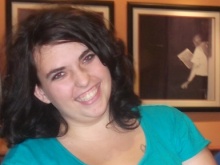 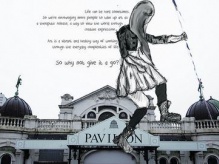 A Fixer from Paignton in Devon is drawing attention to the benefits of art for young people with mental health conditions.

Twenty-two-year-old Katie Sowden wants to encourage those with the illnesses to express themselves creatively.

‘I worked alongside one girl who developed in confidence through being creative.

‘She came out of her shell and really benefited from art.

‘Having a creative outlet is an important way of expressing yourself.’

With the help of Fixers, Katie has created a series of posters, each showing a photograph of a Torbay landmark.

Young people with mental health conditions were given the photos and asked to sketch an image on top of them. You can see the results below.

Motivational messages appear alongside the images, urging young people to consider art as a therapeutic release.

‘I love the posters – they’re simple but show thinking outside the box,’ adds Katie.

‘You look at them and think they’re cool – then you examine them more closely and it starts to make sense.’

Katie plans to put up her posters in youth centres in Torbay and has provided supporters Sanctuary Housing with copies to display.

‘I hope they’ll get people in the area to be more creative,’ says Katie.

‘I want them to show organisations how much of a help a creative outlet can be to young people living with mental health problems.’ 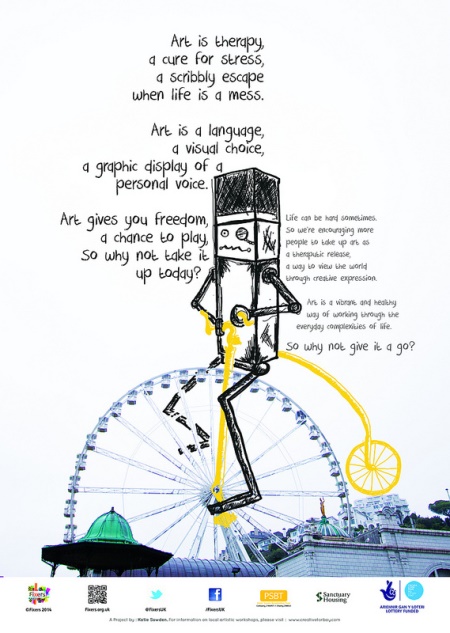 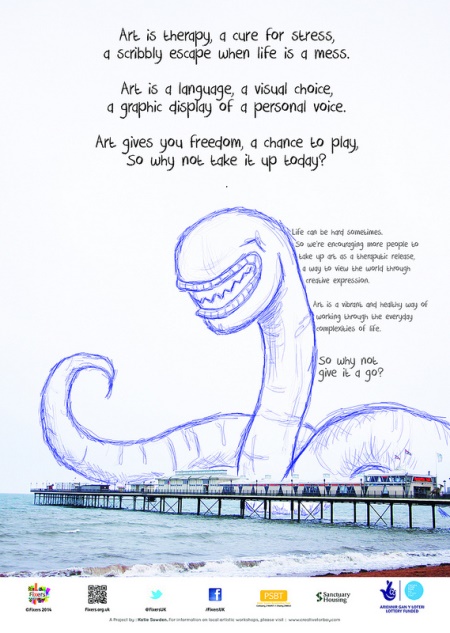 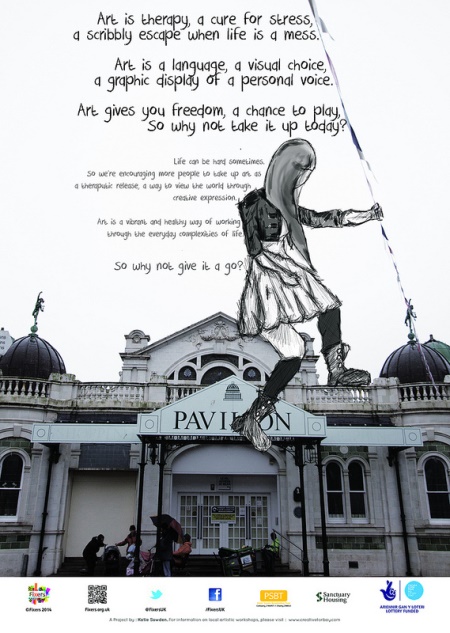 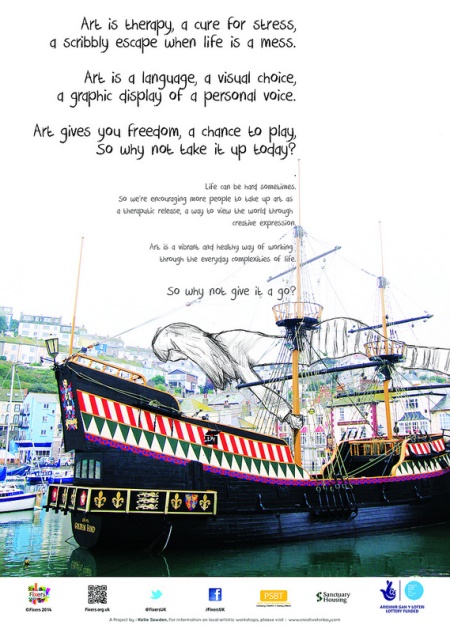