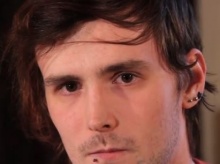 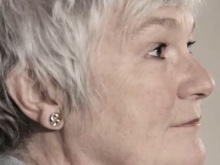 Actor in the film 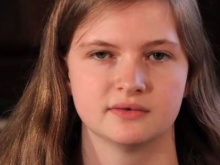 A group of Fixers from the Scottish Borders are campaigning to end homophobia in their community by encouraging people to see beyond sexual orientation.

Concerned that many people make snap judgements about individuals based on their sexuality, Mike Gibson and his team hope their project will discourage discrimination.

The 23-year-old from Hawick, who was bullied at school, came out as gay six years ago and now wants to inspire others to feel confident enough to do the same.

‘It wasn’t easy growing up having to deal with the constant name-calling,’ Mike says. ‘I used to fear going to class the next day because I knew it would be more of the same.

‘I eventually came out to my mum, which is one of the hardest things I’ve ever had to do.

‘So when she told me I’d always be her son and nothing would change that, I felt a million times better.

‘Being accepted was everything and that’s what our project is all about.’

With the help of Fixers, Mike and his team have produced a film showing the importance of making friendships without prejudice.

Their message is that being gay doesn’t change a person’s character and shouldn’t be a reason to be treated differently.

‘We not only want to empower people who are thinking of coming out, but also for friends and families to understand their role in supporting them can be crucial,' explains Mike.

Hoping to screen the film at local secondary schools, the Fixer adds:

‘The earlier our message of equality gets out there, the more accepting young people will be later in life.

‘It’s really been a wonderful experience working with Fixers and the film is fantastic.

‘I wish I’d have seen this film when I was younger. It may have given me the drive to come out as gay earlier. Now it can help others.’

Watch the group’s film ‘Would You Care?’ at the top of this page.