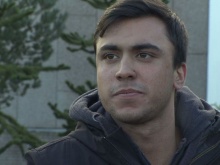 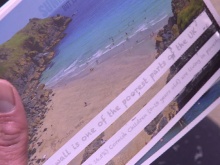 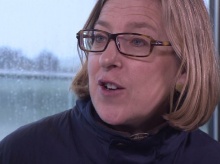 Cornwall is considered a popular holiday destination by many in Britain, but a local Fixer is concerned that few are aware of the high poverty rates in the region.

Noah Barco (18) from the village of Coverack on the Lizard Peninsula wants to raise public awareness, so more can be done to improve the situation in deprived areas in the county.

‘But behind that are the poverty stricken areas. There is something like 19,000 Cornish children living in poverty.

‘I do have worries about my own future and my generation. I think it’s going to be a struggle.'

With the help of Fixers, Noah and his group have created a series of special postcards to highlight this hidden problem in an original way.

At first glance, the postcards appear to depict traditional holiday scenes of Cornwall, but once the panel on the front is scratched away, a shocking statistic about poverty rates in the county is revealed.

Noah, who plans to target locals and tourists alike with his Fixers campaign, hopes to get decision-makers to also take action.

Speaking to local MP for Truro and Falmouth Sarah Newton in the broadcast film, Noah finds out what she would like to see in the region.

‘We want to re-balance our economy away from depending on banking and financial services,’ says Ms Newton.

Positive about his Fixers campaign, Noah adds: ‘I think the thing that would make me feel good about this project is seeing poverty reduced.

‘It’s one thing to raise awareness but then actually changing something is totally different.

‘Actually seeing a change in what’s going on and seeing people not just ignoring these issues would be great.’