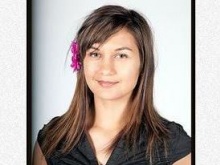 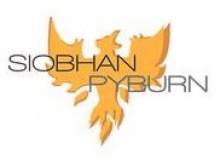 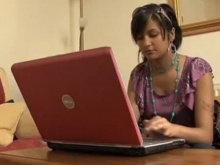 A Fixer from Southampton, who first started her campaign to support victims of child sexual abuse in 2008, still continues to spread her message of hope after six years.

Siobhan Pyburn (23) was inspired to become a Fixer at 17, as she felt that there wasn’t enough of a support network in place for survivors.

Sexually abused by her father during her childhood, she felt it was important to share her story and speak candidly about her experiences in order to let others in similar situations know that they aren’t alone.

With Fixers she created the website called, The Phoenix Project, which became the platform for her campaign and the basis for her current website – www.siobhanpyburn.com

‘My project started as a simple website which displayed my abuse story and invited other survivors to speak up,' Siobhan explains.

‘Since then I have appeared on television, radio and in magazines.

Siobhan's plans for the future include turning her insightful blog posts into a book, and bringing attention to UK laws which she feels aren't doing enough to protect children from abuse.

‘I'm currently raising awareness to the need for mandatory reporting legislation in the UK.

‘This will ensure that all known or suspected abuse is reported to authorities. Shockingly, there is no such legal obligation in place at present.’

Since her campaign has launched, Siobhan's website has received thousands of visits, with many people providing moving feedback about the impact of her work.

'I just wanted to let you know that speaking to you helped me more than you could know,' said one website visitor. 'Your words and advice were a big reason I got up every morning and it still helps me to this day.’

Another person added:  ‘I want to say how much you have helped me. Your story has completely inspired me and once I am through this, I hope I can come out the other side as well grounded and as brave as you.’

Positive about her own achievements and dedicated to her continuing campaign, Siobhan says:

‘If it wasn’t for Fixers, I would not have started on this path, or not as early as I did. It was so helpful knowing Fixers had my back.

‘I am proud of the feedback I’ve received and every positive message reinforces my own sense of innocence as a former victim.

‘I’m pushing back that wall of inherent shame a little bit at a time and I've gained confidence in my own ability to achieve.’

To watch a video about Siobhan’s Fixers project, press play below.