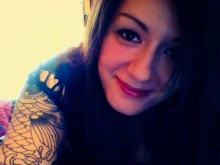 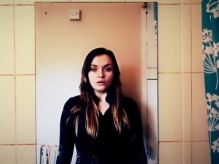 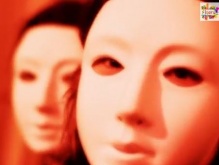 The film shows what it can be like to have BPD

A Fixer from Cardiff, who has borderline personality disorder, wants to show others what life is like with the mental health condition.

‘I have unfortunately found that many people don’t understand BPD or even try too,' explains 24-year-old Keriann McDonnell.

'I want to lift the stigma as I think people can be scared of things they don’t fully grasp.’

Using her personal experiences, the Fixer has helped create a film to reveal the chaotic nature of the disorder, which can cause severe mood swings, impulsive behaviour, and feelings of emptiness and despair.

‘The film could be described as a typical day in the life of someone with BPD,’ explains Keriann.

‘It shows some of the symptoms that someone who has the disorder could have, such as paranoia, anger and hallucinations.

'It also depicts the process of trying to calm down and hide it.

The film uses rapid camera movements to convey a sense of panic and unpredictability.

‘We made it quite choppy as I find people’s moods can vary extremely quickly when they have BPD and it can be hard to keep up.’

By breaking down misunderstandings, Keriann hopes to make those who have the disorder feel less alone, but also to raise awareness among family members, friends and potential employers.

‘BPD is a lot more prominent in society than people may think.

'A lot of my friends who have the disorder will often find it hard to speak to people about it, unless it is someone they can relate too.

‘That's why I am hoping to help those with BPD as well as educate others without it.’

You can watch Keriann’s Fixers film at the top of this page.

For more information and help with this issue, visit www.bpdworld.org, www.mind.org.uk,  or www.time-to-change.org.uk.