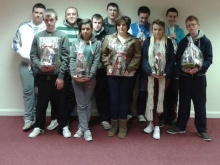 Fixers with their hampers 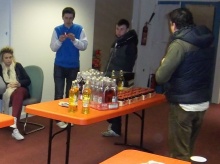 The group putting together hampers 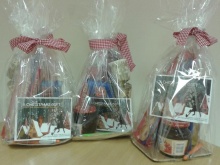 Hampers which were delivered to local care homes

A group of Fixers from County Londonderry, who feel there's a generational divide in their town, have presented gifts to the elderly as a way of challenging negative youth stereotypes.

The group, who visited 30 care homes in Bellaghy, feel youth in the town are criticized and seen as a nuisance.

‘It’s not a nice feeling when you’re made to feel like a third-class citizen,’ says Eugene.

‘Sometimes people just ignore us completely or cross over the road if they see us walking towards them.

‘We understand there are bad eggs in every walk of life but the actions of a few shouldn’t determine the fate of others. It makes us feel low and unwanted.'

The group’s postcard, which was designed with the help of Fixers, includes a thoughtful message from the young people as well as a short poem written by mystery poet Little Red.

The hampers were made possible by contributions from businesses as well as several public donations.

They hope the gesture will re-build relationships between young and old, while also inspiring more integration in Bellaghy.

‘It was a really heart-warming thing to do,’ explains Eugene. ‘We thought rather than accept the negativity, we’ll do something positive about it.

‘It was genuinely uplifting to see the joy in these people’s faces because I don’t think they were expecting it.

‘One of the residents even started crying, which almost set me off too.’

Frank McCluskey, one of the recipients of the hamper, commented: ‘As a community we are better together, so what the young people did was a lovely reminder.’

Police Area Commander for Magherafelt, Sam Donaldson, also praised the effort calling for more community cohesion like this in the future:

‘This is a fantastic project. Knowing the journey that these young people are on, they are to be applauded for their honesty and willingness to make a positive difference in their community.’

Click the image below to see the full version of the postcard: 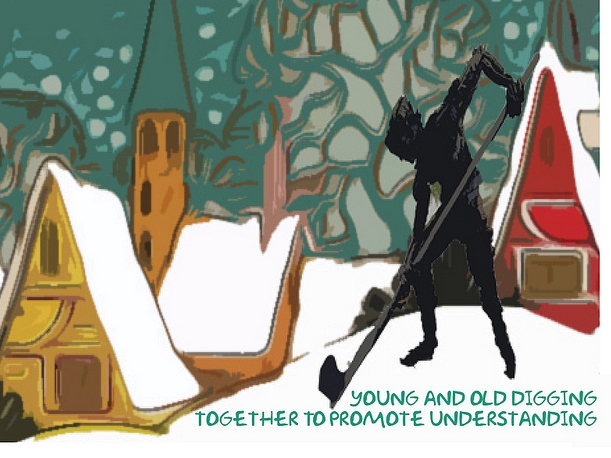