Cut Costs In The Kitchen 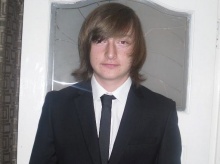 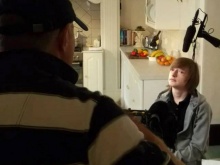 Jamie is filmed for his TV broadcast 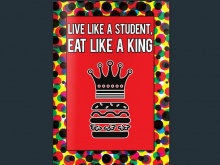 The cover of the Fixers cookbook

A Fixer from Kent, who’s one letter short of sharing a name with a celebrity chef, has helped create a cookbook for students.

Seventeen-year-old Jamie Olive from Ramsgate wants to show young people they can make their own meals on a budget.

Fellow Fixer Javell Nelson (20) from Croydon has also contributed recipes to the book.

Explaining his motivations behind the project, Jamie says: ‘I’m a student at college so I’m aware that people my age don’t have much money to spend.

‘Rather than going to McDonald’s, people should cook for themselves so they know what’s in their meals - and it’s healthier.’

The cookbook, ‘Live Like a Student, Eat Like a King’, contains twenty-three recipes ranging from ratatouille and chicken curry to meatballs and shortbread.

Its authors aim to prevent waste as figures reveal that throwing away food costs the average household £40 a month.

‘I came up with one recipe and then I figured out what I could use the leftovers for,’ says Jamie.

‘It’s all about money-saving.’

Jamie won a cooking competition at school and is now studying professional catering. His story was featured on ITV News Meridian (E) in August 2013.

He hopes the cookbook can be distributed within colleges and universities, either via starter packs for new students or in libraries.

‘I like the layout and it’s been fun doing it.

‘I hope it encourages students to make more meals at home on a lower budget – rather than opting for takeaways.’