The Value of Unpaid Work 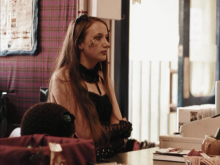 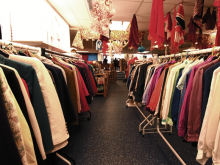 Inside the shop Karoline worked 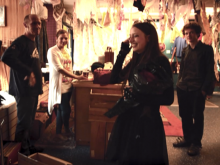 An Inverness Fixer, who says work experience has made her more confident, has helped create a film showing the benefits of volunteering.

Eighteen-year-old Karoline Beigley is concerned other people her age shy away from unpaid opportunities, failing to see the advantages it can bring them later on in life.

Now at Herriot Watt University, the Fixer maintains her eight months spent as a clothing store assistant gave her the courage to study away from home.

‘I’ve always had issues with self-esteem and found it really hard talking to people,' she says.

‘So asking a shop owner about getting work experience once a week was a massive deal for me.

‘Without that interaction with customers and other staff, I may not have had the courage to apply for university as I was always too scared to move out.

‘I want to help others understand the value of voluntary work and how it can give them more confidence in life.’

Karoline’s film follows her final day at the store and shows how spending time there helped her to feel more self-assured.

She hopes it will inspire others her age to actively volunteer in their community.

‘The aim is to reach those people lacking the courage to ask for something, because I know it takes a lot when you don’t feel like you’re worth it,’ she adds.

‘I never thought I’d have the confidence to do certain things in life, but I’ve done them.

‘That's the point of my campaign.’

The plan is to show the film in local secondary schools and youth clubs to get young people enthusiastic about unpaid work.

‘Volunteering isn't just important when it comes to finding a full time job, but it gives you a real flavour of what the world of work is actually like,’ adds Karoline.

‘I think showing the film to teenage students might give them motivation to give it a go.’

You can watch Karoline's film 'Platforms' at the top of this page.