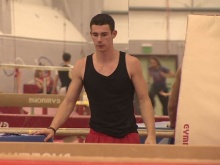 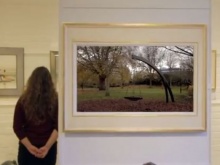 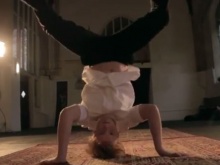 A parkour demonstration in the film

A Suffolk Fixer, fed up of the negative perception of parkour, has helped create a film to promote it as an art form.

Eighteen-year-old Leigh Walter from Lowestoft credits the activity with improving his confidence, balance and coordination but is concerned that it’s still perceived as anti-social.

‘I was interested in working with Fixers because some people can see teenagers as a threat,’ he says.

‘Whatever we do can be twisted and manipulated to become anti-social behaviour in the eyes of the community.

‘I’m not saying that there isn’t anybody that practices parkour in an inappropriate way, but the people that I know and train with are dedicated individuals.

‘I want to show that we are nice, hard-working guys and that parkour is a passion.’

In Leigh’s Fixers film parkour is defined as the art of moving rapidly through an area, typically in an urban environment, negotiating obstacles by running, jumping and climbing.

It begins in an art gallery before the camera zooms in on a frame in which Leigh and his team can be seen demonstrating parkour.

‘I like the film. It conveys the message that parkour is an art form,’ Leigh adds.

‘I want to show them that we have worked hard to train our body and mind to be able to do what we can do.

‘The movement is a passion or an art – we are not stupid people risking our lives or seeking a thrill.’

Leigh, whose story was featured on ITV News Anglia in November 2013, says he hopes to create a blog to share his film online.

‘I've loved every single minute of working with Fixers,’ he adds.

‘The overall aim is to change what people think about young people doing parkour – even if we only change the mind of one individual.’

You can watch the film ‘Parkour’ at the top of this page.