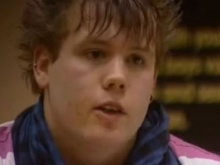 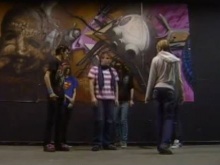 The group rehearse their play 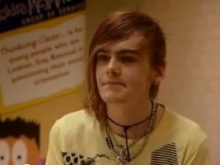 After experiencing severe homophobic abuse which made him fear for his safety, James Sutcliffe (20) and his group of Fixers from Dewsbury in Yorkshire have started a campaign to challenge homophobia.

Their story was broadcast on ITV News Calendar in March 2010.

With the help of Fixers, James and his team have worked on a film featuring excerpts from a play they created to raise awareness of the impacts of homophobia.

The performance is based on the true story of James' friend who took his own life - a death that James believes was down to homophobic bullying.

Describing his own experiences of being bullied due to his sexuality, James says:

‘I was placed on anti-depressants because I was afraid to sleep. People used to bang on the door and I was scared they were going to break in.

‘I’m now living back in with my mum so it has affected me a lot.’

Fellow Fixer, Joe Squires-Mulcahy, says he self-harmed after having bricks thrown at him in an act of homophobic abuse. He adds:

‘The plan is to send this DVD out so people can see what a gay person being bullied is really like.

‘We’re trying to open people’s minds a lot more. I want homophobic bullying to be challenged and we want Fixers to help us challenge this problem.’

Their Fixers project will include a DVD and an information pack to be presented at schools and colleges.

The aim is to target young people and their parents to generate understanding among both generations.

Sally Kitson, a Youth Project Worker for LGBT youth, appears in the broadcast piece to support the campaign, saying:

‘It needs young people to stand up and say “I want to make a difference”, and I think this DVD is a way to help them achieve that.’

Watch their Fixers film 'Straight Out' below.