Spotting The Signs Of Abuse 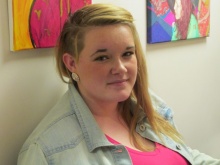 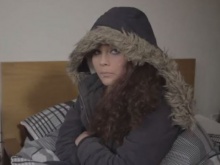 A scene from Maddy's film 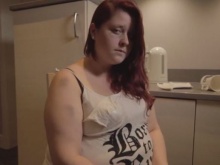 A Southampton Fixer has helped create a film to show that domestic abuse can take on many forms.

Eighteen-year-old Maddy Buxey hopes the video, which has been produced in the style of a short advert, will help those being abused to spot the signs and seek support.

‘I want young people to realise that domestic abuse can happen in younger relationships,’ she says.

‘There are people out there to talk to and you don’t have to feel bad about yourself.’

The advert depicts four fictional scenarios and conveys the message that abuse can be emotional, psychological, physical, sexual and financial.

‘One scenario is based around a family with a man telling his partner that she isn’t allowed to go out,’ says Maddy.

‘Another focuses on a same-sex relationship and shows a woman whose girlfriend has taken her money, leaving her without heating, electricity and food.

‘In the other instances we hear a man not wanting his partner to wear certain clothes or make-up and a girl being blamed for everything by a man who’s drunk.’

The film was shown to an audience of around twenty people at a screening event at The Junction in Andover.

Vanessa Brown, Care and Support Manager for Alabaré’s young people’s services, was in the audience.

‘I thought the film was brilliant,’ she says.

‘I’ve done quite a lot of work with young girls and young men around positive relationships and I think it’s really important to get the message out into the wider community.’

‘I thought Maddy’s film was inspirational and it’s very clever how it was done.’

Maddy’s aim is to have the film shown in schools and colleges so young people experiencing abuse know where to turn for support.

She adds: ‘If my film helps just one person then I know I’ll have achieved something.’

You can watch the film ‘Abuse Prevention’ at the top of this page.