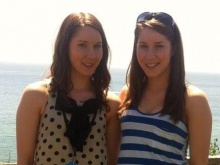 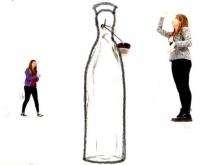 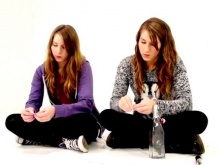 Charlotte and Laura star in the film

Two sisters from Luton, who struggled to adapt to life with a foster family, have helped create a film urging other young people entering the care system to accept support when it’s offered.

Nineteen-year-old lead Fixer Charlotte La Riviere and her twin sister, Laura, were fostered when they were 11.

Charlotte says they regret initially turning down help to make the transition and believes that bottling up their feelings led them both to experience depression.

‘My Fixers project is about making the most of being in care and accepting any support that is offered to you – such as help from school, social workers, foster carers, support groups and counsellors,’ she says.

‘I really care about this issue because had I taken up the support I was offered, it would have helped me to deal with things much sooner.’

In the film, the girls explain that they didn’t trust their new family at first, which left them feeling frightened, shy and insecure.

They’re seen writing these emotions on pieces of paper and putting them in a bottle.

‘The bottle is a really good metaphor showing that if you don’t accept help but instead keep your problems to yourself then eventually you’re going to crack and need that help – so it’s best to accept it as soon as you can.’

Towards the end of the film the bottle is emptied to demonstrate the sisters getting the help they need.

‘I hope my film encourages children and young people in care to take advantage of any help that is offered to them and seek help for themselves if they are struggling,’ Charlotte adds.

‘Even if they don’t think it will make a difference, it will in the long-term.

‘Also, I hope it encourages professionals and people who work with children and young people in care to offer more help and encouragement and to fully explain the benefits support can bring.’

You can watch their film ‘Embrace Care’ at the top of this page.