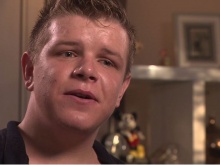 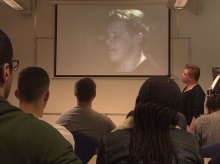 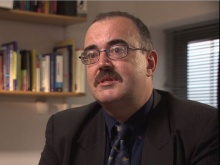 A Fixer from Mansfield in Nottinghamshire, who attempted suicide before receiving treatment for Borderline Personality Disorder (BPD), is campaigning to raise awareness of the condition.

His story was shown on ITV News Central on Thursday 9th January.

Ian Kay (22) says he didn’t realise he had BPD when he was growing up and found living with the condition difficult.

‘For years I felt my emotions were all over the place and it was so hard to control them,’ says Ian.

‘I’d get hysterical. I had violent outbursts and the police were called several times because I was lashing out and getting angry.

‘The condition means you have feelings of self-loathing and I did take it out on myself. I self-harmed, took an overdose and considered jumping from a window.’

With Fixers, Ian has created a film to urge others in a similar position to seek help and to have the courage to confide in family and friends.

‘Being diagnosed for me meant that I was given the correct treatment,’ he adds.

‘It keeps me content and a bit more comfortable.’

In the broadcast item, Ian shows his film to students at The University of Nottingham.

Dr Vincent Egan, a psychologist at the university, also appears in the piece in support of Ian’s campaign.

‘It’s important to know about Borderline Personality Disorder because there’s quite a lot of it about,’ says Dr Egan.

‘Some say there might be as much as five per cent of the population who have personality problems.

‘One would hope people see Ian’s film and think “that’s like me” and seek treatment that will help them and the people around them as well.’

‘I still have struggles but when you’ve fought and fought and you’ve come out the other end, you want to inspire other people to do the same – to get out and to help themselves.’

Click here to watch Ian's Fixers film and read more about his campaign.