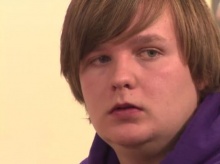 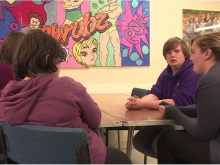 Ricky meets with other young carers 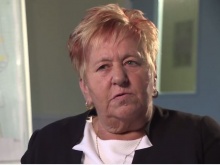 For nearly a decade 19-year-old Ricky Buckland from Norfolk has made sacrifices to care for his family – now he wants to help others in a similar position access support.

His story was broadcast on ITV News Anglia on Thursday 9th January.

Along with his team, the Fixer from Great Yarmouth is working on a short film to highlight the challenges faced by young carers.

They hope it will help teachers spot when a pupil has caring responsibilities at home, as well as reaching students who may not recognise themselves as carers but who are in need of support.

‘I care for my mum and sister,’ Ricky explains.

‘My mum has diabetes. She has problems with her feet so she has to use a wheelchair. My sister has learning difficulties, autism and epilepsy.

‘From the age of ten I’ve had to go and get Mum’s prescriptions.

'My mum can’t stand on her feet for too long so she can’t do much around the house.

‘In some places I feel I have lost out on my childhood, but I’ve gained life experiences.'

In the broadcast film Ricky meets with three other young carers to share stories.

‘They don’t tend to brag about what they do because it’s something they’ve been brought up to do – they don’t know any different way of life.

‘If this project can make teachers aware and school children aware that this is what their friends are doing then it’s got to be worthwhile.’

‘Hopefully it will change quite a few people’s lives, but even if it just changes one person’s life at least I’ll know they’ve got the help they need.’