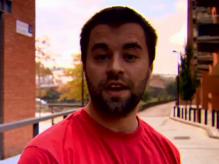 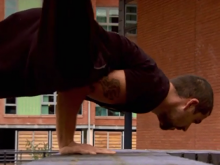 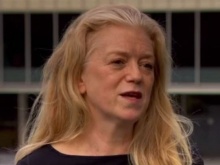 While parkour continues to split public opinion, a Fixer from Sheffield says it’s changed his life and is campaigning to shed its negative image.

After taking up the form of street acrobatics as a teenager, 23-year-old Nic Stewart wants to show that it’s not an anti-social activity but instead has real advantages as a sport.

His story was broadcast on ITV News Calendar on Thursday 9th January.

Parkour is a type of urban gymnastics where participants negotiate terrain and overcome obstacles by jumping, running and climbing.

The Fixer believes it’s helped turn his life around.

‘It really did have an impact. It helped me get from where I was then to where I am now,’ he says.

‘It took up all my time and energy and was something I could do that was positive and life-affirming.’

Nic and his team want to challenge the negative perception of parkour and say they feel society views them as troublemakers.

They are working with Fixers to create a short film.

‘We get seen as athletic chavs. I think that’s one of the more amusing ways of looking at it,’ he says.

‘We’re often seen as knocking around and as anti-social and we’d like to change that. We’d like people to see that we all love what we do and we’re not hurting anyone.

‘I don’t think people understand how long we have actually been training to do this - a lot of us for five or six years. It takes a lot to be able to do what we can do.’

Isobel Bowler, Cabinet Member for Culture, Sport and Leisure at Sheffield City Council, appears in the broadcast piece to discuss the public perception of parkour.

‘But actually, to have people out doing something that requires discipline and concentration, I think that’s really positive.’

Nic adds: ‘My biggest hope is that parkour can be taken more seriously.

‘It’s a big thing that’s helped me change who I am and I’d love to think that it can help someone else.’