Being British Fix on ITV 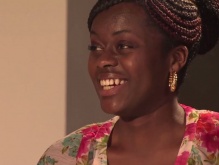 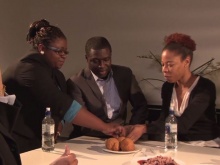 A focus group is held as part of Linda's Fix 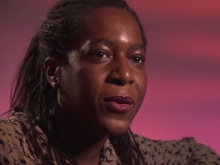 A Fixer from Tottenham wants to bring people of different generations and cultures together to discuss identity and what it means to be British.

Twenty-five-year-old Linda Gyamfi, who was born in the UK to parents from Ghana, hopes to encourage communities to talk openly about cultural differences.

Her story was broadcast on ITV News London on Thursday 9th January.

‘I describe myself as British-born Ghanaian,’ says Linda.

‘There are many cultural conflicts that people from a migrant background can face.

‘I would like to hold a series of discussions bringing together members of the community because I don’t believe there is much of a platform out there for it.’

In the broadcast film Linda conducts a focus group with participants from different cultural backgrounds.

They discuss the challenges that they feel first and second-generation immigrants living in the UK can face.

They acknowledge that conflicts can also arise between second-generation immigrants and their parents if they disagree on certain cultural practices.

As an example, Tamanna Miah (20) raises the issue of arranged marriages:

‘Young girls can get taken away on family holidays and married to cousins and given away with a dowry.’

Dr Tracey Reynolds from London South Bank University also appears in the broadcast piece to offer her opinion in support of the campaign.

‘To define British would be quite difficult,’ she says.

‘I think non-white migrants will always keep their hyphenated identities because it’s very difficult to be seen as British if you're not white.’

Linda adds: ‘I really hope my project will unite different communities and generations, bringing them together in one room.’