Desire to Change Fix on ITV 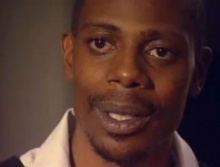 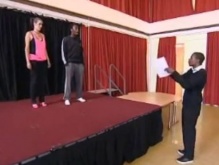 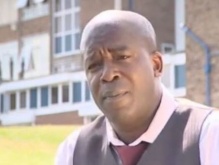 A 25-year-old Fixer from Huddersfield is helping to create a screenplay to show why he believes young people can find gang culture and crime alluring.

Dominic Mills from Deighton has been sent to prison in the past and wants to make sure other people don’t make bad decisions.

His story was broadcast on ITV News Calendar in July 2010.

‘Deighton is a deprived community where there is a lot of crime due to a lack of jobs, a lack of facilities and a lack of things for young people to do,' explains Dominic.

‘Around here there are postcode gangs and if you’re young you can get drawn in.

‘That’s what happened to me. It led my life in the wrong direction and it led me to prison.

'I got a two year sentence for street robbery.’

Drawing on his own personal experiences, Dominic is creating a screenplay with the help of Fixers, to show the harsh realities of gangs and peer pressure.

Helping him with his project is acclaimed film director Wayne G. Saunders.

Milton Brown from the Parents of Black Children Association also appears in the broadcast piece to support Dominic’s campaign.

‘Gang culture is not just an African or an African-Caribbean issue, it spreads right across every community.

'When you feel that your voice is not being heard, you then have to be much more explicit as to who you are, what you do and what you’re about.

‘The young people have reached a point where some of them just don’t care anymore.’

Dominic hopes that his screenplay will deter young people from seeing any appeal in gangs and criminal activity.

‘I want to put the message across to a young person to never say you can’t make it with your life. As long as you try, good things will come to you.’