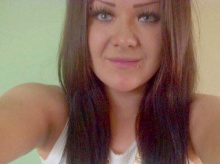 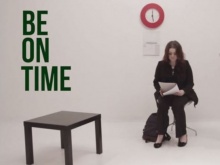 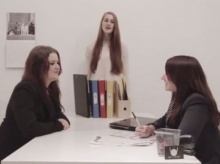 Fixer Amber is interviewed in the film

A short film series showing young people what they should and shouldn’t do at a job interview has been created with the help of a group of Fixers from Cardiff.

Led by 17-year-old Amber Jones, the team has worked on a collection of videos called Young Skills.

They offer advice in four areas – preparing for an interview, personal appearance, punctuality and attitude and are designed to help young people gain employment.

‘I’m hoping that the films will be seen by those who need help and advice in this area,’ says Amber.

‘It would be nice to hear young people say that it made them feel more confident knowing that they’re ready for an interview of any sort.’

The four short films are narrated by Fixers William Fawcett and Josey Malcolm, who are both 21.

Amber features in the series as the job candidate.

In each film Amber acts out what a young person should and shouldn’t do at different stages of the interview process.

The narrators emphasise the key messages, including the importance of being on time, being appropriately dressed and having the right attitude.

‘The film turned out great – much better than I expected,’ adds Amber.

‘It would be nice to know that all the hard work that went into creating the film actually makes a difference.’

The Fixers hope to share the film online to make sure it reaches young people who are searching for work.

You can watch Amber and her team's Fixers film series ‘Young Skills – A Guide to a Successful Job Interview’ at the top of this page.