Putting an End to Child Abuse 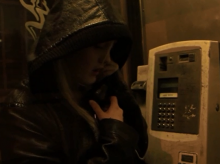 Victim runs away from home in film 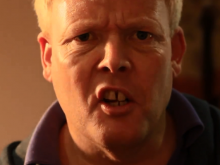 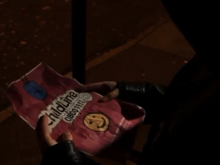 A courageous Fixer, who says she felt like a ‘prisoner’ at home during her childhood, has helped produce a film looking at the realities of domestic abuse.

Sixteen-year-old ‘Sarah’, whose real name has not been used, says she endured years of physical abuse from her father, who sexually assaulted her sister and mother.

Her film seeks to empower more victims to come forward without feeling ashamed of what they’ve been through.

‘The point of the piece is to help others free themselves from similar situations and make them understand that child abuse is not normal and certainly not acceptable,’ says the Fixer from the Yorkshire region.

‘I want the film to give victims hope and the chance to see that there is a way out of hardship.

‘I know there are many out there who’re too scared to say anything but it’s time to do something about it.’

Sarah, whose parents are now divorced, insists if she’d seen a film like this one during her early teens, she may have been encouraged to get help sooner.

‘Even when the abuse was at its worst and I was being pinned up against a wall by my father, I didn’t think there was anything wrong,' she says.

'I thought it was just discipline that every child goes through and it was only when I was 14 that I realised it was anything but normal.

'I wasn't even allowed to leave the house to see my friends. It was like a prison.

‘If there was more awareness around at that time, I’m certain the abuse wouldn’t have carried on for the length it did.’

The Fixer, whose story was also featured on ITV News Calendar, now hopes to take her film around local schools and present her story to pupils, encouraging other victims to seek help at the earliest opportunity.

‘I think showing other young people the difference between discipline and abuse is very important,’ she adds.

‘Although I’ve been through a lot, I’m a stronger person now, which is how I want others to feel.

‘The idea of presenting my story in schools will hopefully strike a chord with some pupils, who may have had similar experiences.’

You can watch Sarah’s film, 'End Child Abuse', at the top of this page.