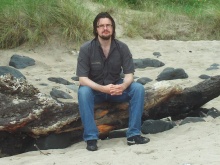 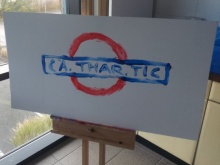 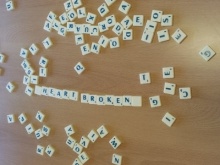 A young poet from Coleraine, Northern Ireland, who managed his depression by writing about his feelings, has held a workshop to show young people the healing power of prose.

James Butler (22) who was diagnosed with the illness three years ago, showed the importance of releasing emotion through creativity during his ‘Ca.thar.tic’ event in Portstewart on Saturday 30th November.

The Fixer, who also has Asperger's syndrome, hopes putting pen to paper can help others like him deal with mental health issues.

‘I began to feel down after leaving the structured life in school for the harsh realities of the big, wide world, where I felt I was on my own,’ says James.

‘I felt trapped and like it was all too much until I picked up a pen and began writing about my feelings through poetry.

‘It was a release and gave me the opportunity to create my own world, which is what my workshop was all about - helping young people to articulate what they’re feeling.’

During the event at the Flowerfield Arts Centre, which was also attended by local author Ashley McCook, the young people took part in a number of activities designed to help them express themselves in a creative way.

These included spelling out emotive words from Scrabble tiles and also journal writing, which gave participants, some of who have had mental health problems, the chance to jot down their feelings into a private diary.

Workshop participant Sofie (36) said: 'Creative writing stopped me from committing suicide. Events like these need to happen more often to encourage more people to get writing for their own good.'

Fixers James says he was amazed at the reaction: ‘I’m really pleased. It went better than I could have hoped and everyone responded incredibly well.'

‘Creative writing isn’t about being perfect. Sometimes the best lines are the ones from the heart.

‘That was the point of the workshop, allowing people to express themselves in whatever way they see fit.

‘Hopefully we can put on more events like this in the future and continue to show there is hope even in sadness.’

James has also created a creative writing guide with Fixers. Check it out below!