I'm Not Clumsy Fix on ITV 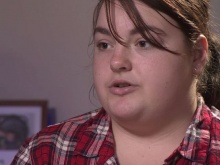 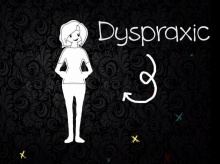 A scene from the dyspraxia film 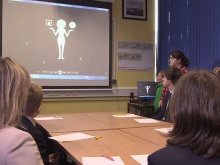 An audience watches the film

A Fixer from Cornwall has started a campaign after she felt that a condition which affects her co-ordination exposed her to ridicule.

Abi Hocking (17) has helped create a short film so others can better understand the signs and symptoms of dyspraxia.

‘When I was in secondary school, I’d forget which classes I was in. I can’t tell you how many times I muddled up the school day,’ explains Abi.

‘Falling off chairs is a favourite of mine. I will be on the chair one minute, on the floor in fits of laughter the next.

‘My Fixers project is an animation. I feel like no one really knows about the disorder and I’m explaining myself constantly. I thought that by doing something like this, I can get the message across to people.'

Abi’s friends from her hometown of Porthleven are familiar with her co-ordination difficulties, but she finds that other people can be quick to judge her.

‘People used to say I was stupid. Those comments make me angry sometimes but I just grit my teeth and bear it, because it’s what I’ve had to deal with since I was little.’

In the broadcast piece, Abi shows her Fixers film to students at her old school. The young people were impressed with the project's informative message, with one student commenting:

‘At first I thought dyspraxia was like the number version of dyslexia, but after watching the film I have a complete understanding of it. I feel like I’ve really benefited from watching it.’

Despite the challenges she has experienced, Abi has a positive outlook on having dyspraxia.

‘It’s funny and it’s always part of the good memories. That’s why if someone said that they could take dyspraxia away from me, I wouldn’t let them.’

If you like this Fix, check out Fixer Jess Starns' dyspraxia awareness campaign.

Get regular updates about Fixers campaigns: