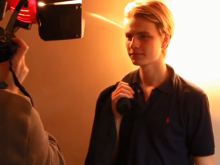 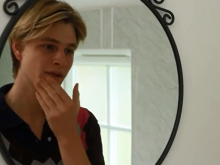 Danny looking in the mirror 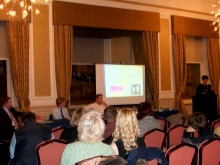 Guests at film screening in Newcastle

A Newcastle Fixer, who helped produce a film looking at the effects of body dysmorphic disorder (BDD), has received tremendous praise after its premiere.

Danny Bowman, who was diagnosed with the condition three years ago, showcased his Fixers project to an audience of experts, charity bosses and family friends at the Royal Station Hotel on Thursday 28th November.

Titled ‘Perfection is Impossible’, the film shows how the 18-year-old began feeling self-conscious about his appearance after being criticised during a modelling audition in London three years ago.

Danny hopes his campaign will help people better understand the condition and not confuse it for vanity.

The screening was attended by a panel of experts including Cognitive Therapist Rob Wilson, CEO of Body Lauren Benton and Andrew Elliot, who works with young people who’ve had mental health problems.

‘The premiere went amazingly well and I got an excellent response,’ says Danny.

‘I was a bit nervous talking in front of people but I’m proud of my Fixers film and hope it helps as many people as possible.

‘What was most pleasing was experts in this field loved it too, which means a lot because it shows they recognise it as an important issue.’

Looking ahead, Danny wants his film used in secondary schools around Newcastle to educate 13 to 18-year-olds on the illness and help teachers spot the signs.

He hopes through his campaign more teenagers will know there is help out there.

‘The reason I want to target secondary schools is because it’s a time when young people start feeling the pressures of fitting in,’ he adds.

‘There is a stigma around BDD, so I hope by doing this more pupils seek help without feeling ashamed of coming forward.’