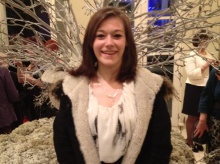 Jade Clement at the CYPN Awards 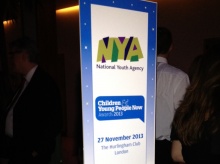 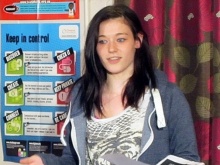 A Fixer from Poole, who used to be addicted to cannabis, has been commended once again for her campaign aimed at steering young people away from drugs.

Jade Clement (18) placed in the final four in The Children’s Achievement Award category at the Children and Young People Now Awards.

She was on the shortlist for the prize, which was presented at a glitzy ceremony at The Hurlingham Club in London on Wednesday 27th November.

Jade’s already received a Diana Award and her Fixers film was among a series that won a Mind Media Award earlier this month.

'I was really, really excited to go to the awards but the closer we got the more nervous I was,’ says Jade.

'Obviously I was a bit upset that I didn’t win but I understand that I was shortlisted from entries from across the nation.

'I’m so shocked that I made it out of so many young people.'

The Children’s Achievement Award commends a young person who has improved their own prospects while making a positive contribution to their community.

Throughout her Fixers project Jade has used her own experiences to warn young people of the devastating impact cannabis can have on their lives. You can watch her film here.

She’s worked with Dorset Police, the Essential Drugs and Alcohol Service and the Youth Offending Service and has told her story to encourage others to avoid making the same mistakes she did.

'Being shortlisted for awards like this one makes me realise that all I’ve done and all I’ve been through has been worth it. I can shine a light on the dark part of my life and not feel so much guilt and resentment towards myself,' Jade adds.

‘It’s rewarding and nice to know that I’ve done something positive and made a difference. That’s all I wanted to do.'

Could you, like Jade, use your past to change the future? Click here to find out how to become a Fixer.