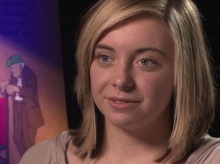 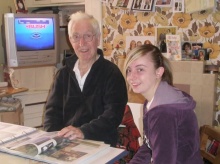 An old photo of Fixer Raisa and her grandad 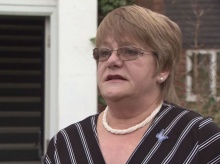 A Fixer from Kent wants young people to talk about dementia after the condition caused her grandad to forget who she was.

Raisa Hollaway-Hambidge (17) from Westgate-On-Sea, thinks more people her age need to understand the mental illness that’s expected to affect around a million people in the UK by 2020.

Her story was shown on ITV Meridian (E) on Wednesday 11th December.

‘I do think people are frightened of this illness and what they think comes with it,’ says Raisa.

‘It needs to be spoken about because it affects the whole family not just the person suffering from it.

‘My relationship with grandad changed – it was more or less a role reversal.

‘When I was little he would take me for walks and make sure I was safe on the roads. Then when I was older, I used to take him for walks as his condition worsened.'

In the film Raisa talks to both schoolchildren and older people about dementia to find out what they understand of the condition, and their experiences of it.

Janet Britt from the charity East Kent Independent Dementia Support also features in the broadcast in support of Raisa’s campaign.

‘I think dementia today is what cancer was 50 years ago when people didn’t talk about it, they talked about the Big C,’ she says.

‘Dementia is the Big D of today. People are fearful of it because it’s classed as a mental illness.

‘So, with young people like Raisa, whose grandparents have it, if they can be accepting of it now, then that bodes well for the future.’

With Fixers Raisa is designing wristbands asking young people to make a commitment to make efforts to understand dementia.

‘Coming into school and trying to talk with other people is something that I found quite difficult,’ says Raisa.

‘I didn’t feel other people understood what I was going through at home.