The Line Up Launch 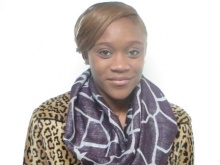 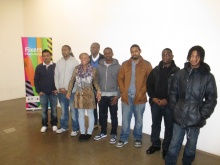 Young people at the film screening 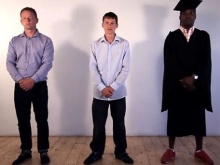 A group of young people from South London, who are campaigning to change perceptions of ex-offenders, have held an event to screen their Fixers film.

Led by 22-year-old Shauna Dacres from Dulwich, they encourage people to abandon the stereotypes surrounding former young offenders to allow them a second chance in life.

‘We want people to get the picture that young offenders are not monsters,' explains Shauna.

'They’re people who have made a mistake and should be treated normally.

‘When we started the project, we were hoping to achieve greater understanding among members of the public of what the concept of being a young offender is.’

Invited to the screening at the South London Gallery was an audience that included members of Southwark Council and youth offending charity UserVoice, where Shauna currently works.

The four-minute film challenges viewers to spot the ex-offender from a line up of three men, all of whom appear to be living successful lives.

Nigel Hosking from the London Probation Trust attended on Wednesday 27th November and was impressed with the film.

‘Anything which can get people thinking in that way is helpful as it stops people in their tracks and makes them question their own beliefs and attitudes,’ he says.

‘I think the film is excellent for all those reasons and should go down well in schools, youth clubs and possibly probation and youth offending services.

‘I think it is fantastic seeing young people doing something like this.’

Shauna is equally pleased with the way her project has come together.

‘We want to get this resource out nationally and get more Fixer projects started.

‘I am a young person and I understand the issues young people face. If I can raise them properly, then it’s a good job done.’

You can watch Shauna and her team’s Fixers film ‘The Line Up’ at the top of this page.