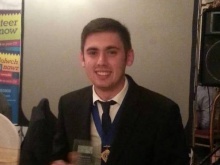 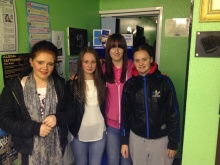 Some of the Fixers involved 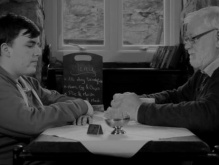 A scene from the Fixers' film

A group of Fixers from Merthyr Tydfil in Wales have created an emotional film to show the lethal dangers of taking legal highs.

Led by 20-year-old Youth Mayor Daniel Walsh, the young people are all members of 3G's Forsythia Youth Project and feel that legal high misuse is one of the biggest problems in their local area.

With the help of Fixers, they want to make others aware of the consequences of taking such substances.

‘This issue was raised by us in a meeting and we thought that we should do something about it,’ say the group on their inspiration.

‘We are living in the community and we are witnessing this misuse.’

Their film shows a conversation between a teenager, who has taken legal highs, and his father, who is left dealing with the fatal repercussions of his son's choice.

The everyday scenario of a casual lunchtime chat highlights the issue, which many parents may not be aware of and many young people may feel uncomfortable discussing.

‘We want to help young people and older people see the dangers of using legal highs and we really just want to get the message out there.’

Now completed, the group are eager to see the impact their film will have.

‘We really want to try and make a difference.

‘We feel that if we can do something to combat drug use in our community, it would become a safer and better place to live.’

You can watch the group's film 'Choices' at the top of this page.