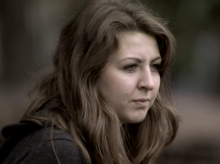 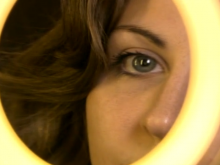 Fixer Vicki looking in the mirror 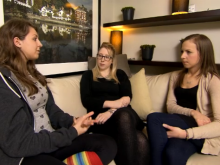 Vicki speaking with Sarah and Rachael

A Chester Fixer, who struggled with anorexia nervosa and bulimia for years, wants people to recognise eating disorders as complex mental health conditions that can't be fixed by 'just eating'.

Her story was broadcast on ITV Granada Reports on Thursday 5th December.

Vicki Daniels (22) wants to challenge the stigma around eating disorders as she believes many people confuse such conditions with vanity.

‘When you look in the mirror, you’re not seeing reality, so even though you can see bones and ribs sticking out, you still see yourself as someone who is very overweight and should be ashamed of themselves,' says Vicki.

‘It’s a very lonely place to be because you feel that nobody can understand - you don’t understand why it’s happening yourself.'

In the film, the Fixer also speaks to two other young women who have struggled with eating disorders, who also feel there is prejudice and confusion when it comes to such conditions.

'I think recovery is just as hard as the actual illness, because again, you’re fighting people’s views and perceptions,' explains Rachael Johnston.

'People think, "If you're a healthy weight now, then you should be fine. Why are you worrying about food?"'

'When you finally get that power to speak out, when you’ve been trapped for so many years, it’s so demoralising when people won’t listen,' adds Sarah Robertson.

'I don’t understand my own illness sometimes, and it confuses me, so I don’t expect people to understand, but I think people could try a little harder to get their heads round it, to help people through it.'

Kel O’Neill, an eating disorder counsellor, also features in the broadcast story, stressing the seriousness of such conditions.

‘Eating disorders ultimately are life threatening if they continue without treatment,’ she says.

‘And when we’re responding to it incorrectly then people are just going to struggle for longer. The more information people have the better.’