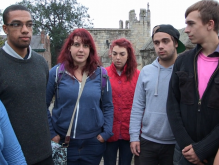 Group of care leavers spread their message in York 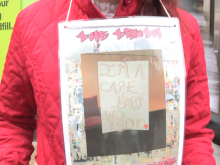 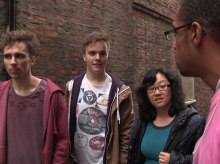 Care leavers speak with the public

A York Fixer has drawn on her experiences of growing up in care to help produce a powerful film challenging misconceptions about those leaving the system.

Jade Ward (24) says she was encouraged to go to university by her foster carer and wants people to stop seeing others like her as ‘underachievers’.

The Fixer, who was fostered between the ages of seven and sixteen, perceives herself as a shining example of how living in care doesn’t have to be a tumultuous experience.

For her Fixers film, Jade and a team of other care leavers took to the streets of York aiming to challenge people’s opinions.

‘Showing the positive side of being in care might go some way towards changing people’s stereotypes and it could result in more understanding,’ says Jade.

‘By creating a film, we wanted to show that your background doesn’t have to define who you are but it can make you more resilient.

‘The best part was seeing the contrast between the public’s view of care leavers and the positive messages from young people.

‘I’m not sure how my life would be if I hadn’t been fostered, but I am proud of my past and grateful for the opportunities I’ve been given, which is what we wanted to get across.’

Jade, who splits her time between university and working for a charity helping young care leavers, wants her film to target professionals as well as young people in the care system.

She plans to make it available to local authorities, encouraging them to recognise the achievements of young people who have grown up in care.

‘Working with Fixers has been brilliant. We wanted to highlight a very important message,' she adds.

‘I want to use this film along my journey in helping those who’ve been in foster care like me and raising awareness is the first step.’

You can watch Jade and group's film 'Care Leavers Speak Out' at the top of this page.